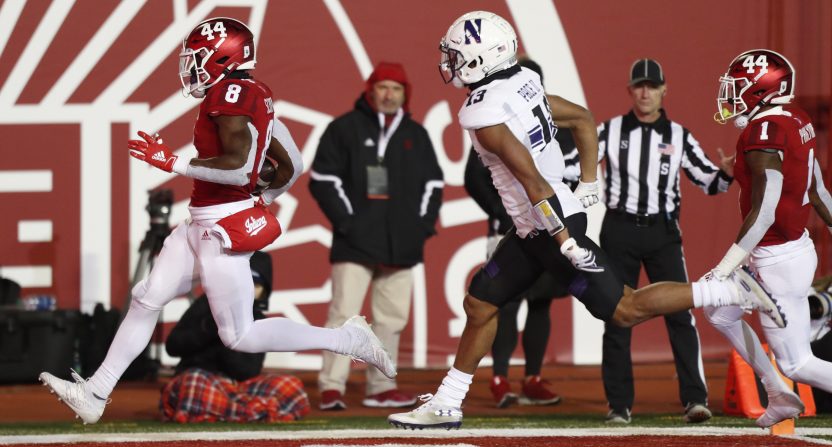 The Indiana Hoosiers (7-2) are ranked in this week’s AP poll (24th) and Coaches’ poll (25th), which is no small thing. In fact, it’s the first time that Indiana’s football team has been ranked since September 20, 1994. This revival may end as quickly as it started once the Hoosiers face off against Penn State this weekend, but it still marks the end of the longest poll drought of any Power 5 conference team.

It’s often amazing how quickly a football program’s fortunes can turn. The Hoosiers haven’t had a winning season since 2007 and, just like that, they’ve put it all together. It begs the question…which Power Five college football program is next? Which perennial doormat will follow in Indiana’s footsteps and take their place amongst the nation’s best programs, even if it’s just for a week, in the national polls? Let’s take a look at the contenders.

With Indiana’s placement in the polls this week, Purdue takes over as the Power Five program with the longest streak without being ranked. It’s been 201 polls since they were last ranked, back in 2007. With a 4-6 record on the season so far, that’s very unlikely to change between now and 2020. Still, the Boilermakers have proven they can at least hang with the middle of the Big Ten and they’ll have a chance to knock Indiana off their lofty perch in a few weeks and set the tone for next season. Coach Jeff Brohm is in the middle of his program rebuild and he’s got two bowl appearances under his belt. If they can keep the momentum going, Purdue has an outside shot to break the streak soon. Still, the Big Ten is a buzzsaw and there’s only so many Rutgers wins to go around.

Will They Be Next?: Unlikely.

Kansas (3-6) might be an afterthought in the race to the Big 12 Championship but they certainly made some waves in 2019 under new coach Les Miles. A week after losing at home to Coastal Carolina, they shocked Boston College on the road with a 48-24 romp (as a 21-point underdog). They also notched a win over Texas Tech and gave Texas a mighty scare. They’ll probably end up with three or four wins on the year, but it’s the building blocks of what could be the start of something big. If Miles has a few more tricks up his sleeves, and Les tends to have quite a few tricks, we could see Kansas return to form for the first time since October 2009 soon.

Will They Be Next?: Seems Possible.

Illinois was one of the feel-good stories of last weekend in college football as they became bowl eligible for the first time under head coach Lovie Smith following a huge comeback win over Michigan State. It felt like the culmination of a season that seemed to reset the entire tone of Illinois football and Smith’s tenure as head coach. At 6-4, Illinois is already in a good position to possibly return to the polls as soon as this year. They travel to Iowa next for a tough battle but they host lowly Northwestern to end the season. If they can possibly win both of those games, there’s a decent chance they’ll be ranked before their bowl. If they lose to Iowa but win against Northwestern and their bowl opponent, they might get a poll nod when it’s all done. And who knows, they might even get a poll spot in the preseason for 2020 depending on how things shake out.

Will They Be Next?: Most Likely.

The other team in Oregon longs for the day of Mike Riley, who oversaw the last good stretch of OSU football. The team was last ranked in 2013 but has bottomed out since, winning more than two games in a season only once in the last four years. That will change in 2019 as the Beavers are already 4-5 and have some winnable games against Arizona State and Washington State on the docket. They won’t be getting back to the polls this season and they won’t be expected to next season, but if they find a way to build on the progression (and keep their coaching staff intact), they might be on their way back to respectability. And from there, you never know how quickly things can gel. Just ask Indiana.

Will They Be Next?: Not next but they’ve on the right track.