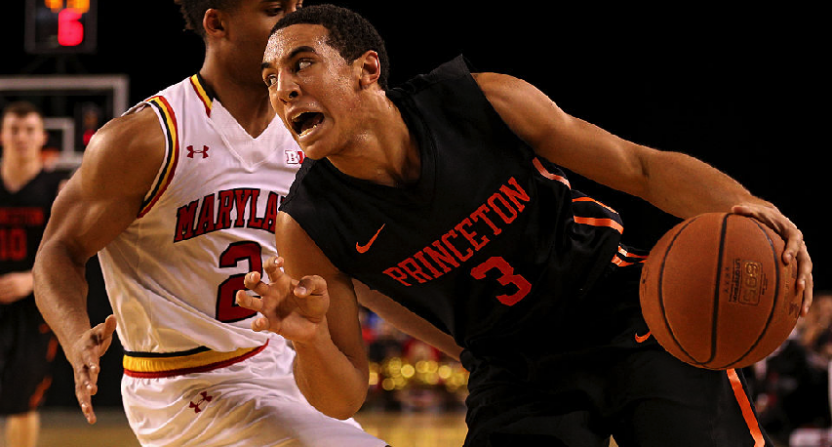 Princeton Tigers basketball found success in the early 1950s and 60s – they even made the 1964 Final Four – but it wasn’t until the arrival of Pete Carril that the program truly found its stride.

The “Princeton Offense,” as it would come to be known, brought the Tigers winning records, NCAA Tournament berths and national rankings. Princeton was exciting, innovative (for a time) and focused on a beautiful brand of team basketball.

After Carril’s departure in 1996, the program found some initial success under Bill Carmody, winning at least 22 games for three straight years – and even a 27-2 mark in 1997-98 that saw the Tigers climb to eighth in the rankings at one point.

But the magic would fade. Carmody left for Northwestern after four seasons and his successor, John Thompson III, manned a similar four-year stint until he departed for Georgetown.

When he tossed the reins to Mitch Henderson, the wins kept coming, even if the NCAA Tournament berths did not. That should change this season for the 19-6 Tigers, who are 12-0 in league play with two home games to play. This week, they received a vote in the AP Top 25, and could manage to earn more before the postseason begins.

Princeton is a top-60 team according to KenPom.com right now, neck-and-neck with the profiles of top bubble squads like Providence and Seton Hall, while sitting clearly above USC and a large collection of potential mid-major conference champs.

Like several Ivy League teams of recent vintage, Princeton doesn’t just plan to show up to the Big Dance this year. They’ll be staying awhile. In the last five years, an Ivy League team has won three separate times (Yale once, Harvard twice).

This recent run of success – its best since the late 1990s – started with Sydney Johnson’s reimagined, up-tempo Princeton offense. It’s continued with Mitch Henderson’s more traditional approach thereafter (which he learned as a Tigers player, as well as an assistant under Carmody at Northwestern). Today’s Princeton team plays at Virginia-type pace, as slow as it gets in college basketball. But thankfully, they have the defensive numbers – 45th-best team in opponent points per 100 possessions – to make it work for them.

The Tigers, like any Ivy League team, are built on four-year players and buying into a long-term plan. So while this year’s squad has a good deal of senior contributors, the next generation of Princeton standouts are already waiting in the wings – and some of them are currently starring on the roster.

Leading scorer Devin Cannady (13.9 points per game) is a sophomore, as is Myles Stephens (11.6). The other two top scorers, Steven Cook and Spencer Weisz, are seniors. But Amir Bell and Alec Brennan are juniors. Will Gladson, one of the team’s handful of true big men, is a freshman. The pieces are already in place to continue succeeding once the current seniors graduate.

There are reinforcements coming, too.

Given high academic standards, lack of athletic scholarships and four-year programs, it’s tough for the Ivy League schools to compete for blue-chippers. Still, Princeton’s brought in a few top-300 players in recsent years (including Cannady), with other three-stars, according to 247Sports, on the way. Jerome Desrosiers and Sebastian Much. Both add size to a guard-heavy roster. Much even had offers from several Pac-12 schools.

Princeton’s conference foes have also made it tougher to excel of late.

Yale is in the midst of a several-year run of success, and won an NCAA Tournament game vs. Baylor last year. Tommy Amaker and Harvard won 20 games or more for six straight years, and could make it seven of eight with a couple more Ws this season. Before the Crimson’s resurgence, Cornell had a three-year NCAA run, which included a Sweet 16 bid in 2010.

The Ivy may be a single-bid league. But the conference is getting more and more competitive each year. It’s what should also make this season’s first Ivy League Tournament both exciting and necessary.

To prevent absolute chaos, the first iteration will feature the top four teams, with the tournament lasting just two rounds. This seems radical for a conference that’s never held a tournament before, but tiebreakers created a one-game playoff in two of the last six years. Princeton’s won one of those, a last-second triumph over Harvard in 2011.

Favored son Henderson doesn’t appear to be eyeing another job, and the Tigers (and their storied conference) appear to be on the rise right now. Princeton basketball, while no longer competing for Final Fours – at least not yet – is in the middle of a new stretch of success, one that could bring them back to some of the old heights from the Princeton Offense’s introduction.

It’s been 50 years since the Tigers’ last Sweet 16 appearance, but The Comeback’s bracket projections currently have them slotted as a dangerous 13-seed. If the Princeton renaissance really takes hold, a return trip might not be a bad way to celebrate that team’s golden anniversary this March.