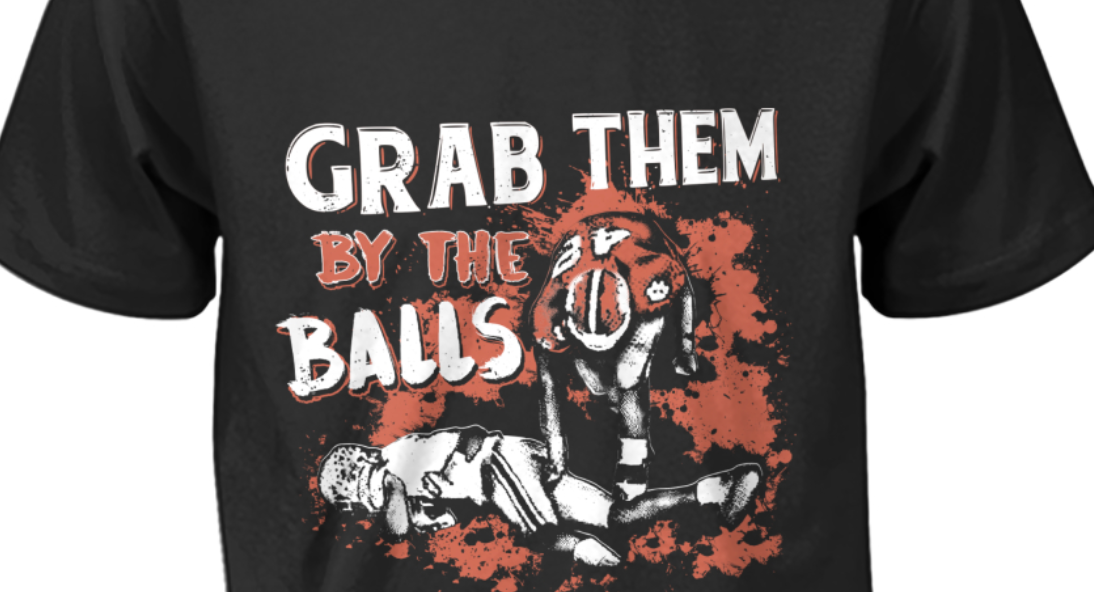 One of the oddest moments in last weekend’s 31-0 Clemson win over Ohio State in the Fiesta Bowl was when Tigers defensive lineman Christian Wilkins grabbed Buckeyes receiver Curtis Samuel by the genitals.

Wilkins has since apologized (though his teammate Ben Boulware has ardently defended him), but it’s not going to be easy for him to forget the incident.

There is now a T-shirt on ViralStyle.com that immortalizes Wilkins’ NSFW grab. The shirt features a painted image of Wilkins grabbing Samuel and the phrase, “Grab them by the balls.”

On first glance, it’s kind of funny to see a shirt made up on the awkward moment. But, I’m not sure Wilkins or Samuel would appreciate people buying and making light of the moment. Both players, especially Wilkins, probably want to move on from the moment and forget that it ever happened. It was an ugly, unnecessary play that’s hard to fully understand. The T-shirt will ensure the infamous grab will live on forever.

It’s doubtful Wilkins thought his quick grab would blow up into such a publicized moment, but here we are. We live in a society that tries to sell T-shirts online of just about everything — genital grabs included. At this point, the players should make light of the situation and do their best to move on… even if they see someone in a T-shirt featuring the unfortunate moment.