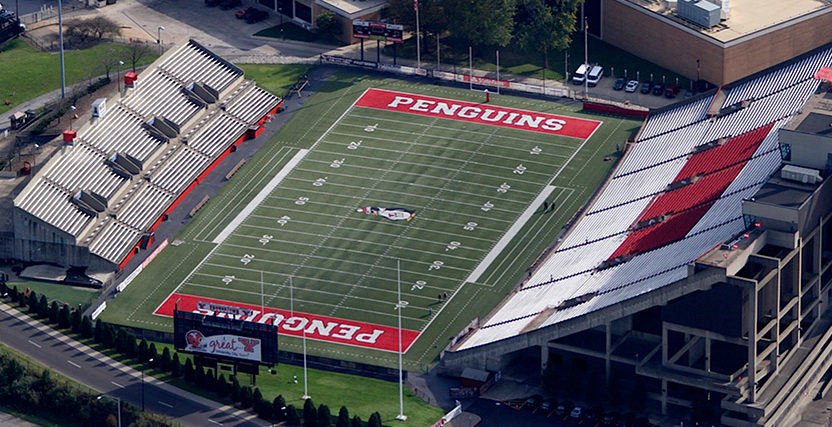 After a ton of pressure being directed their way, the Youngstown State football program has finally given in. The Penguins (led by former Nebraska head coach Bo Pelini, and university president Jim Tressel) will not allow convicted rapist Ma’Lik Richmond to play in a game this year. He will, however, remain on the team.

The junior defensive end was convicted in 2013 of raping a 16-year-old girl in a case that made national news and was forced to serve a year for his crime. Somehow and some way, Youngstown State still felt they should give him a shot to play, before eventually announcing he wouldn’t play this season.

Earlier this week, a Change.org petition had been launched calling for Richmond to be removed from the roster. As for 9:30 PM EST on Wednesday August 9th, the petition had just shy of 11,000 supporters.

Due to the rise in criticism the university had been facing, the Penguins announced that Richmond won’t play in 2017, but will be allowed to stay on the team and practice as a walk-on. Here is the school’s entire statement:

Youngstown State University takes the matter of sexual assault very seriously and continues to educate everyone within the campus community about the impact and prevention of sexual assault.

The University is fully aware of the gravity of the situation and of petitions that are circulating on social media in protest and support of one of our students, Ma’lik Richmond. We value the input of the entire YSU community and are committed to providing a safe learning environment and growth opportunities for all students, faculty and staff.

Ma’lik Richmond transferred to Youngstown State University in good standing from his prior institution for Fall 2016. After matriculating at YSU, he expressed a desire to try out for the football program. Ma’lik was advised by the coaching staff that if he integrated himself within the campus community academically and socially and completed the fall semester in good standing, further discussions could occur.

In January, Ma’lik again inquired about trying out for the team. At this time, he was permitted to participate on a tryout basis with the team, for winter workouts. At the conclusion of winter workouts, he was permitted to practice with the team as a walk-on from February to April. Ma’lik Richmond earned a spot on the 105-man roster on August 2 as a walk-on and is not receiving an athletic scholarship. He continues to be in good standing on the YSU campus.

For the Fall 2017 football season, Ma’lik will not be permitted to compete in any games, but will continue to be a part of the football program as a practice player, forfeiting a year of eligibility. He will be given the opportunity to benefit from group participation, the lessons of hard work and discipline, as well as the camaraderie and guidance of the staff and teammates. He will also continue to work with the University’s director of student outreach and support who assists young men and women in becoming successful students and YSU graduates.

Once again, I’m all for second chances, but there comes a point where the skill of a player shouldn’t matter. And in the case of rape, throw the skills out the door.