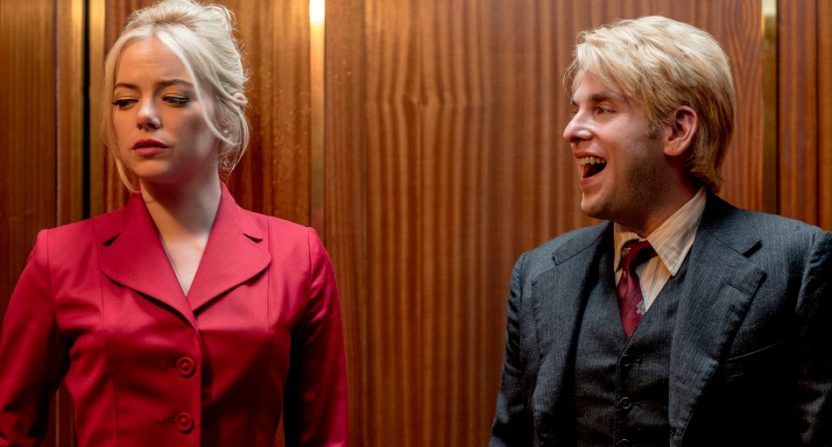 Over the years, Netflix has released countless hits from its own production department, including Stranger Things, House of Cards, and Luke Cage. However, not until September of 2018 did Netflix release the perfect show for its platform.

That show is Maniac.

The dramedy was released on September 21st and stars Emma Stone (Superbad, La La Land), Jonah Hill (Superbad, Wolf of Wall Street), Justin Theroux (The Leftovers, American Psycho), and Sonoya Mizuno (Crazy Rich Asians, Ex Machina). The premise is quite bizarre: Stone’s Annie and Hill’s Owen are participants in a pharmaceutical trial for a new drug that practically makes therapy obsolete. The trial is run by Mizuno and Theroux’s characters.

On its face, the show doesn’t seem like a comedy at all and instead, a pure drama. Hill’s character suffers from schizophrenia and Stone’s is addicted to drugs. But while going through the trial, the duo experiences hallucinogenic dreams that take them to a model UN, a quasi-Middle Earth, and other places. It’s there where the serious show turns into a comedy.

That’s also how the show begins to evolve into a perfect Netflix show. What has helped Netflix rise to prominence is their users’ ability to binge shows that have aired on other networks in addition to Netflix’s original content. The issue with that model comes when some of the original content becomes hard to binge.

When a show contains both comedic and dramatic elements, it makes the content more lighthearted and easier to binge. But that’s only half the battle – the show also must be a reasonable length.

Shows like House of Cards and Luke Cage have episodes that consistently creep up to nearly an hour in length. Unless the weather is bad and viewers have nothing to do (or like to watch the political establishment fall apart or are *really* into superheroes), watching multiple episodes in a row is quite difficult. That’s why non-Netflix produced shows like The Office and the Fox seasons of Arrested Development are much easier to watch.

That’s also what makes Maniac perfect. No episode lasts longer than 47 minutes, and the shortest clocks in at just 26. The varying length of episodes, combined with the show’s lighthearted nature, make this the perfect to binge. Thanks to roughly three minutes of credits, many of the episodes are shorter than 40 minutes long, allowing viewers to watch three or four episodes in the span of around two hours.

When a streaming service overwhelms you with content and wants you to watch all of it as soon as possible, it can’t expect you to sit down for three or four hours to watch three or four episodes. Unfortunately, that’s what most of Netflix’s more well-reviewed shows expect because of the length of their episodes. That’s not the case with Maniac.

Even for the show’s longer episodes, specifically the second and penultimate episodes, the length doesn’t even factor into your mind when you sit down to watch them because of how good the cast is. Of the four main characters, Stone’s Annie is the best (while Hill’s Owen is more forgettable). Combined with Theroux’s incredibly bizarre Dr. Mantleray and Mizuno’s Dr. Fujita, there isn’t really anyone in the cast that frustrates viewers when they appear on the screen. That’s important when it comes to a bingeworthy show because you want to enjoy every moment. If there are large swaths of the show that are hard, annoying, to watch because of the characters on-screen, it makes the show itself harder to binge.

That struggle can be found in the later seasons of House of Cards, when Kevin Spacey’s President Underwood started repeating the same things he did in earlier seasons. At some point, it was annoying to watch what felt like the same episodes over and over. While that is a difficult comparison to make to a show that is only one season long like Maniac, it’s important. Most of the episodes have the same structure, but the length of the episodes and the cast’s ability to keep the viewer interested and wanting more is key.