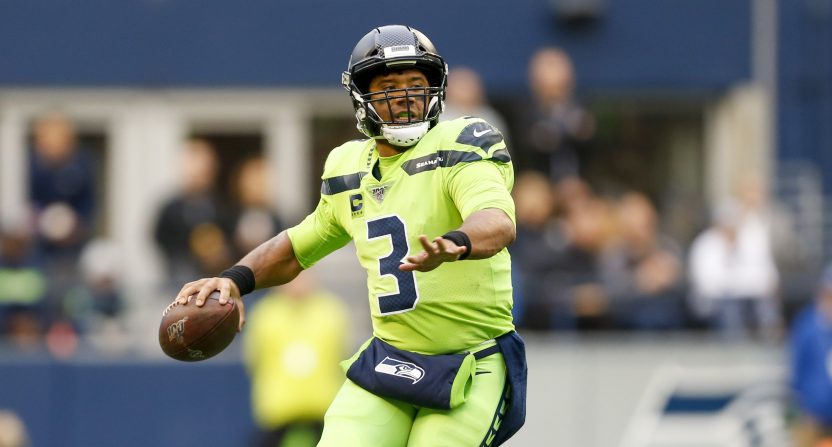 It’s Week 6, which means the NFL season is no longer young. We now have satisfactory samples to indicate how all 32 teams are faring, and now the horse race heats up as teams jockey for playoff or draft position ahead of the post-Thanksgiving stretch run.

Entering the heart of the 2019 campaign, here are 10 fresh and bold predictions.

1. The Cleveland Browns will lose more games than they did in 2018: The talented and heavily hyped Browns entered 2019 with top-10 Super Bowl odds, but something isn’t right with this team. Rookie head coach Freddie Kitchens has struggled, quarterback Baker Mayfield has been hit with a sophomore slump, and the offensive line has proven to be a significant liability. The upcoming schedule is also hell, leading me to project that the Browns finish 7-9, and with one more loss than they suffered last year.

2. The Oakland Raiders will make the playoffs: They’re so much better on both sides of the ball this year. Derek Carr is at least effective and reliable, Josh Jacobs and Darren Waller have helped transform the offense, and the defense is greater than the sum of its parts. In the wide-open AFC, Oakland might be a better wild-card candidate than the depleted, snake-bitten Chargers and the offensively-challenged Bills. That might be enough.

3. The Green Bay Packers will earn the top seed in the NFC: Green Bay’s new offense has performed better with each passing week, and it’s only a matter of time before future Hall of Fame quarterback Aaron Rodgers takes off as well. At that point, a team with one of the most talented defenses in the NFL could become unstoppable. The rest of that division has major flaws, the 4-0 San Francisco 49ers have yet to play anybody good, the New Orleans Saints still lack Drew Brees and the NFC East looks like it’ll be a dogfight. Watch for the Packers to strut into the top spot, with the road to Super Bowl LIV going through Lambeau.

4. The Houston Texans will earn a first-round bye alongside New England: I wanted to make the case that the Texans could steal the No. 1 seed from the Patriots since Houston hosts New England in December, but even a win in that spot probably wouldn’t be enough because the Pats have a laughable schedule in comparison to Houston. Still, the Texans are picking up significant steam and have so much talent on both sides of the ball. They’re simply better than Baltimore and Indianapolis, and the Chiefs look extremely vulnerable at the moment. It’d help if the Texans could upset Kansas City this Sunday, but the Chiefs aren’t doing enough to support an injured Patrick Mahomes and the current model might not be sustainable.

5. The Atlanta Falcons will fire Dan Quinn before the end of the season: It’d be an uncharacteristic move, but you get the feeling ownership is growing impatient with a talented team that has underachieved in epic fashion the last couple years. Most of that falls on Quinn’s defense, and he is falling on his sword after taking over play-calling duties this year. The Falcons can’t stop anybody, and their schedule is a nightmare between now and the middle of November. I think they’ll soon realize that they’re suffering from Super Bowl LI PTSD and that they won’t get over the trauma from that unbelievable collapse until they make major changes.

6. Cam Newton will lose his starting job: Even before Newton was shut down, he had the highest bad throw rate in the league by a wide margin. He simply hasn’t been good since winning MVP in 2015, and injuries may prevent him from ever returning to that form. The Carolina Panthers can essentially part ways with him for free in the offseason, and they’re now 3-0 under the tutelage of interim starting quarterback Kyle Allen. They have no reason to rush Newton back now, and if they keep winning they’ll have to stick with Allen. I get the feeling they’ll keep winning.

7. And so will Nick Foles: I don’t care how much money Foles is making, because Gardner Minshew has already become a cult hero in Jacksonville. And it’s not just a novelty. Minshew is the league’s sixth-highest-rated passer. He’s thrown nine touchdown passes to just one interception in five games, and he’s been especially good in clutch moments. The Jaguars simply can’t afford to bench him when Foles is healthy.

8. Russell Wilson will win his first MVP: The league’s highest-paid player has also been its best player thus far, but this is still a bold prediction because Patrick Mahomes remains the odds-on favorite to win the award for the second consecutive year. Mahomes has a target on his back, though, and Wilson already has much stronger numbers with even less support in Seattle. This is his year.

9. D.J. Chark will be an All-Pro: Who? Chark caught just 14 passes as a rookie second-round pick with the Jacksonville Jaguars in 2018, but he’s already got 27 receptions for 485 yards and five touchdowns in what looks like a breakout sophomore campaign. He’s also the only player in the league who on 20-plus targets is averaging more than 17 yards per reception and has caught more than 70 percent of the passes thrown his way.

10. The Cincinnati Bengals will land the No. 1 overall pick: The Miami Dolphins are the overwhelming favorite, but Miami at least gets to play the New York Jets twice, just as the Jets get to play Miami twice. The Jets and Dolphins also get to play currently-winless Washington, while the Redskins are talented enough to win a few games along the way. But Cincinnati looks entirely defeated already, and there’s a very real chance they start 0-11 before playing the Jets and Dolphins down the stretch. If they don’t win both of those games, they’ll likely win only a game or two at the most and sneak into the top spot in the draft.