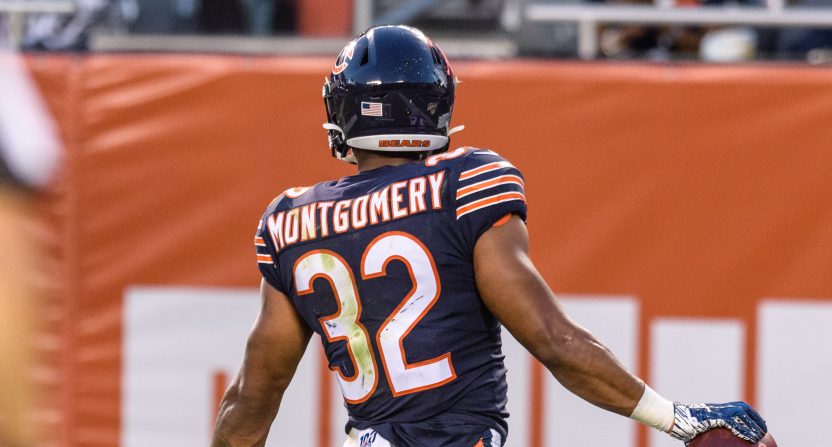 Have you heard? The start of the 2019 NFL season is here. That also means it’s time to make wild and crazy predictions that are likely to be wrong but are still worth making because even simple predictions are often useless in this wild and crazy league. And thus, here are 10 rather bold calls for the season ahead.

Daniel Jones will start for the New York Giants by Week 8: I’d specifically target New York’s Week 7 date with the Arizona Cardinals. The rookie No. 6 overall pick is simply better than Eli Manning at this point, and the writing will be on the wall during New York’s tough early schedule. Look for Manning to bow out gracefully and pass the torch when the schedule lightens up in October.

Sam Darnold, Baker Mayfield, and Jameis Winston will become superstars: Darnold finally has support and good coaching with the New York Jets, and Adam Gase should help him build off a strong finish to his rookie season. Mayfield was one of the best quarterbacks in the NFL down the stretch in 2018 and is likely to be an MVP candidate in his sophomore season with a stacked Cleveland Browns team. And Winston also quietly finished strong last year with the Tampa Bay Buccaneers. He’s well-supported and he’s now learning from quarterback whisperer Bruce Arians ahead of a critical contract year. Look for all three young quarterbacks to take the next step in 2019.

The New England Patriots struggle to win the AFC East: Both the Jets and Buffalo Bills have taken significant steps forward and should be primed to make runs at double-digit wins in 2019. Meanwhile, New England has endured a second consecutive nightmare offseason. They may have survived the loss of Nate Solder, Malcolm Butler, Dion Lewis, Brandin Cooks, and Danny Amendola last year, but now they’ve lost Rob Gronkowski, David Andrews (in the eleventh hour), Trent Brown and Trey Flowers. This might also be the year Father Time finally catches up to 42-year-old quarterback Tom Brady. It’ll be hard for the Pats to continue to control that division, let alone repeat.

Drew Brees will decline sharply: We saw signs of it late last season, with the 40-year-old New Orleans Saints legend posting a measly 84.7 passer rating in his last four games. When NFL quarterbacks begin to crash, they plummet quickly and without grace. You hope that’s not about to happen to Brees, but I fear that’s coming early in 2019.

Melvin Gordon’s absence won’t hurt the Los Angeles Chargers: He might eventually return to accrue a season and qualify for free agency in 2020, but the disgruntled running back is overrating himself. His career yards-per-attempt average of 4.04 ranks 23rd among 37 qualified backs since 2015, and backup Austin Ekeler has outplayed him the last two years. The Chargers will be Super Bowl contenders this season, with or without their Pro Bowl running back.

At the end of the season, Antonio Brown will not be a member of the Oakland Raiders: I worry that there’s something legitimately wrong with Brown, who seems to be committing career suicide in Oakland. There was the frostbite, then helmet-gate, and now he’s facing a suspension from the team. You get the feeling they’ll lose patience and trade or even release the four-time All-Pro, potentially before he even plays a game in a Raiders uniform.

The Buccaneers will win the NFC South: Practically every year a team climbs from worst to first, and the Bucs have the talent on both sides of the ball to make a huge leap. Arians is a two-time coach of the year who should provide a strong grip on the locker room and allow Winston to excel, and there’s no shortage of weapons for the fifth-year quarterback to work with. If indeed Brees declines, there’ll be an opportunity considering the lack of consistency we’ve seen from the Carolina Panthers and Atlanta Falcons in that division.

Marcus Mariota will lose his starting job in Tennessee: He’s a talented dude, but he’s neither consistent nor durable and he’ll lack support right out of the gate. Don’t be surprised if he fails to make it through September, enabling the still-talented Ryan Tannehill to step in and take control. Mariota’s time with the Tennessee Titans might soon expire.

David Montgomery will be the offensive rookie of the year: Who the hell is David Montgomery? You’re allowed to ask that question if you’re a casual, non-Bears fan, because the Iowa State product was a mere third-round pick by the Chicago Bears in April. Kyler Murray is the overwhelming favorite to win the award, but Murray doesn’t have much support with the rebuilding Cardinals. Montgomery is likely to be the lead back all year long in Chicago, and he’s ready to roll after a stellar career in the Big 12. Look for him to be this year’s Alvin Kamara (also a third-rounder).

The Green Bay Packers will win Super Bowl LIV: Ten teams have better odds to win this year’s Super Bowl than the Packers, who have won just 13 games the last two seasons. But Aaron Rodgers is healthy and likely damn motivated after a tumultuous offseason, the offense should have far more imagination than it did under Mike McCarthy’s tutelage, and the defense has been completely revamped with Za’Darius Smith, Preston Smith, Adrian Amos, Darnell Savage Jr. and Rashan Gary joining the fray. This could be a surprisingly special year in Green Bay. Rodgers is due for another one.