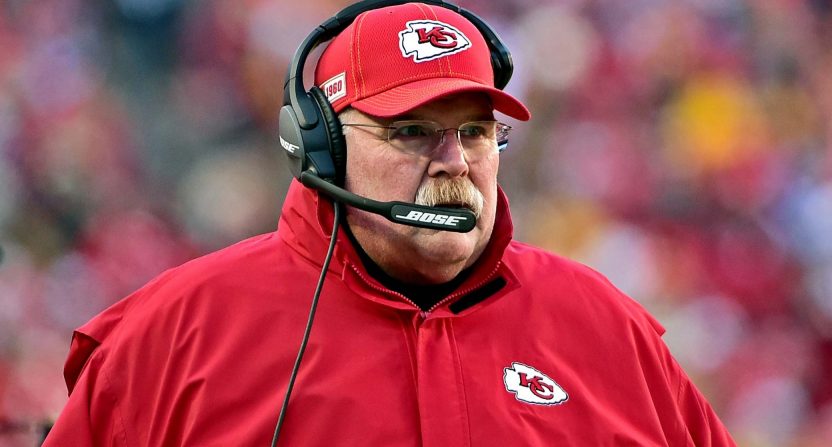 A lot of numbers will be thrown around between now and Super Bowl Sunday in Miami. But with the game still more than a week away, here are 10 particularly interesting statistics related to this highly-anticipated matchup between the Kansas City Chiefs and San Francisco 49ers:

0 — That’s the number of games the 49ers lost this season when the game wasn’t decided on the final play.

0 — That’s the number of games the Chiefs lost this season by more than one score. In fact, Chiefs quarterback Patrick Mahomes has never lost by more than seven points as a pro. Expect a damn close game on Sunday.

4 — Fourth-quarter comebacks this season by the 49ers, who were tied for the league lead in that category. Kansas City had two.

6 — The 49ers can win their sixth Vince Lombardi Trophy, tying the New England Patriots and Pittsburgh Steelers for the most all-time.

19.3 — That’s the average number of points per game surrendered by the Chiefs defense this season, which is actually one decimal point better than San Francisco’s D. The 49ers defense gets a lot more credit, and there’s little doubt that unit has more talent now that it’s extremely healthy again. But don’t overlook a Chiefs D that is also pretty healthy and gave up just 10.4 points per game in the final five weeks of the regular season.

207 — Career wins by Chiefs head coach Andy Reid, who’s the only head coach in modern NFL history with over 200 regular-season wins and no championships. His opponent, Kyle Shanahan has 23 career wins.

471 — That’s the total number of rushing yards recorded by the 49ers this postseason. Raheem Mostert and Tevin Coleman are averaging 5.9 yards per attempt.

4,995 — That’s the total number of receiving yards registered by tight ends Travis Kelce and George Kittle the last two seasons. Each has more than 2,400 yards since the start of 2018, while no other tight end has 2,100 yards during that stretch. This could be one of the most epic tight end battles in NFL history.