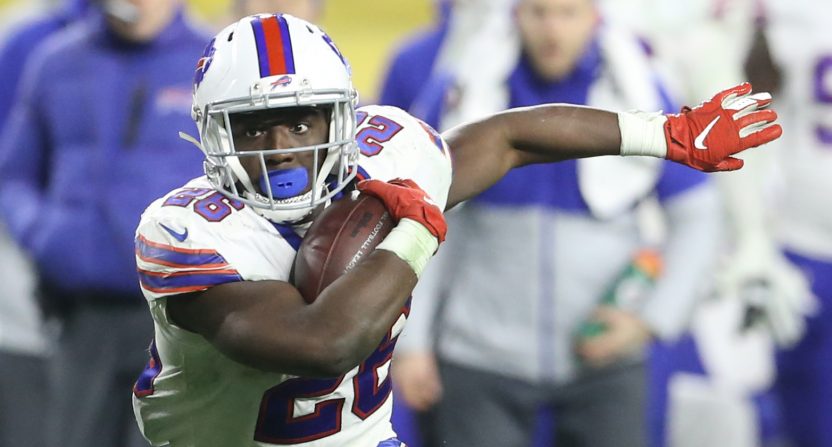 Every year in the NFL, dozens of rising young players become stars while veteran stars begin to fade. Here are 10 particular youngsters who are likely to rise rapidly in 2020.

Denver Broncos QB Drew Lock: The big-armed 2019 second-round pick out of Missouri posted impressive numbers while winning four of his first five starts down the stretch as a rookie. Now he’s the man from Day 1, and he’s extremely well-supported with Jerry Jeudy and KJ Hamler the fray at receiver.

New York Jets QB Sam Darnold: He lacked support as a rookie and was sidetracked by mononucleosis early in his sophomore season, but there’s finally some stability for Darnold as he enters what should be a breakout third year. The 2018 No. 3 overall pick out of USC is still only 22, and he posted a 13-to-4 touchdown-to-interception ratio to close out 2019.

Buffalo Bills RB Devin Singletary: Veteran LeSean McCoy is gone, paving the way for the 2019 third-round pick to take the reins in 2020. Singletary averaged a superb 5.1 yards per carry as a rookie.

Seattle Seahawks WR D.K. Metcalf: The enticing second-round pick out of Mississippi became a clutch presence in the Seattle receiving corps late in his rookie campaign, compiling 300 yards in his final three regular-season and playoff outings. Considering how much room he had to develop, 2020 could be huge.

Denver Broncos TE Noah Fant: That aforementioned pass-catching fray for the Broncos also included Fant, who flashed plenty of chemistry with Lock as a first-round rookie out of Iowa. He went over 100 yards twice in the second half of the year.

New England Patriots OT Isaiah Wynn: The 2018 first-round pick hasn’t seen a lot of action yet, but he’s healthy now. After spending the last two years with Dante Scarnecchia and Bill Belichick, he should be primed to explode. That, of course, is if he can remain healthy.

Carolina Panthers edge Brian Burns: The first-round selection picked up 7.5 sacks despite the fact he was a part-time player as a rookie in 2019. He also underwent wrist surgery in October, limiting his effectiveness down the stretch. When he looked fully recovered late in the season, he recorded two sacks, three quarterback hits, and a tackle for loss in the final two weeks of the year. And there should be plenty of reps for him after the Panthers did some house-cleaning in the offseason.

Tennessee Titans DT Jeffery Simmons: Eight months removed from surgery to repair a torn ACL, the 2019 first-round pick initially looked astonishingly strong in his midseason debut. He faded a bit from there, but should be a lot healthier and more comfortable now. He’ll also have plenty of opportunities now that Jurrell Casey is gone.

Miami Dolphins DT Christian Wilkins: The 2019 first-rounder led all first-year defensive linemen by a large margin with 56 tackles in 2019, and it’s a great sign that he excelled as both a pass-rusher and a run defender in several strong late-season performances. With a lot more support under Brian Flores in 2020, he should make a leap.

Tampa Bay Buccaneers CB Carlton Davis: Third year should be a charm for a 23-year-old former second-round pick who made huge improvements despite lacking consistency with big plays allowed in 2019.