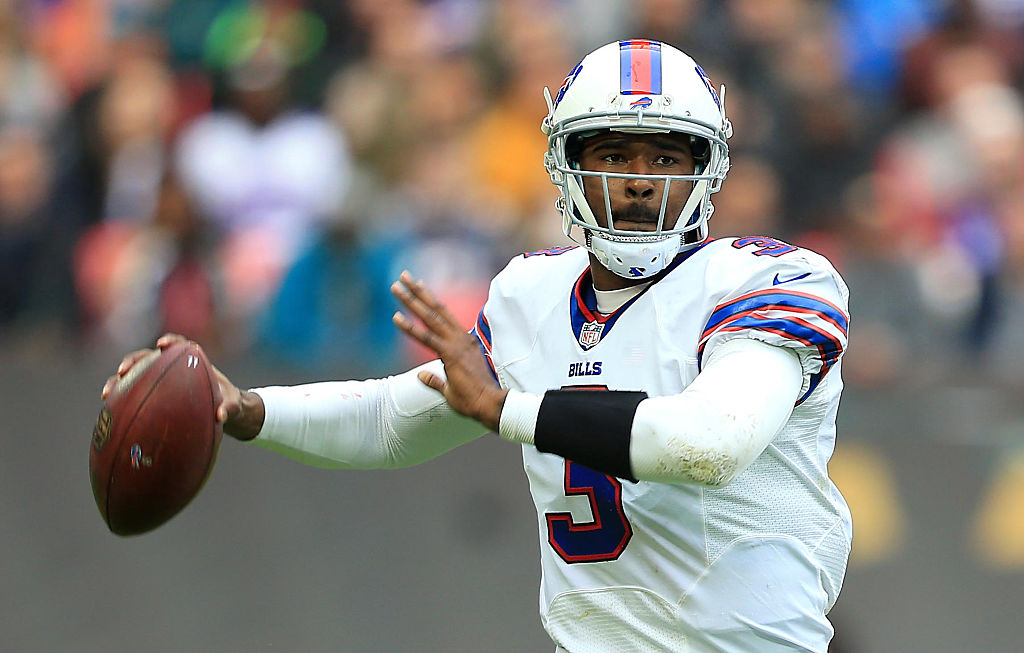 May 2 marked the deadline for NFL teams to exercise or decline the fifth-year options built into the contracts of players selected in the first round of the 2013 NFL Draft. Of the 32 players drafted in the round, 12 had their options declined.

While this does not preclude these 12 teams from making long-term deals with these 12 players, they are now currently headed to unrestricted free agency in the 2017 offseason.

Players Whose Fifth-Year Options Were Not Picked Up*

The fifth-year option was built into the 2011 Collective Bargaining Agreement. It allows teams to add an additional, fifth year to Round 1 draft picks’ four-year contracts. The amounts these players are paid varies according to the position they play and where in the round they were selected.

For those selected in the top 10, the amount is the average of the highest salaries for a given position in the fourth year of the contract. For those taken in spots 11 through 32, the fifth-year amount is the average of the third through 25th-highest salaries at each respective position. The fifth-year amounts for 2013 Round 1 picks varies from just over $3 million (for punters or kickers taken in picks 11 through 32, of which there were none) to nearly $17.7 million (for quarterbacks taken in the first 10 picks, again, of which there were none).

Reasons for not picking up a particular player’s options vary, ranging from poor performance to poor scheme fit, lacking the necessary salary cap space, or finding the player’s replacement via free agency, the draft or elsewhere on the roster. Other factors influencing such decisions include injury-proneness and even coaching and/or front office changes. The 2013 first-rounders who didn’t have their options not picked up range from the very top of the round (offensive tackle Luke Joeckel, drafted No. 2 overall by the Jacksonville Jaguars) to its very end (safety Matt Elam, taken at No. 32 by the Baltimore Ravens).

For some of these players, the lack of a fifth-year option could spell the end of their careers, or at least the end of their careers as starters. Joeckel is a prime example of this. Despite being drafted second overall by the Jaguars in the first year of Dave Caldwell taking over at general manager and Gus Bradley as head coach, Joeckel has not lived up to his draft billing. In three seasons, he’s allowed 19.5 sacks, including 7.5 last season. With Kelvin Beachum signed in the offseason, Joeckel looks likely to spend the 2016 season either as a backup or moved to guard. If the latter happens, and he improves as a player, that will greatly help out his chances for a new contract, whether in Jacksonville or elsewhere, albeit at a new position.

Outside linebackers Barkevious Mingo (drafted No. 6 by the Cleveland Browns) and Jarvis Jones (taken No. 17 by the Pittsburgh Steelers) could interest teams as reclamation projects. Neither have broken through with their respective teams, with injuries also playing a factor in their slowed development.

Also not helping Mingo are the numerous coaching and attendant scheme changes he’s faced in Cleveland. He hasn’t proved to be a productive pass-rusher as of yet, but does have valuable coverage skills that could entice a team in free agency next year. Jones, meanwhile, has fared better, starting 15 games in 2015. But he still has just five sacks in the course of three seasons. However, Jones’ strong knowledge of Pittsburgh’s defensive system could give him an advantage next year. Should James Harrison and Arthur Moats not be in Pittsburgh’s 2017 plans, a new contract could reasonably come Jones’ way.

Another player who could intrigue in free agency next year is Bills quarterback EJ Manuel. Manuel has started only 16 games in the past three years and has a 6-10 record as a starter, completing just 59.1 percent of his passes and throwing 19 touchdowns to 15 interceptions, while being sacked 40 times. But quarterbacks are at a premium in today’s NFL—just look at the decisions made in the 2016 draft, the bidding war over Colin Kaepernick and the current situation for the New York Jets as prime examples.

Manuel has something that rookie quarterbacks don’t have: NFL experience, and starting experience at that. This isn’t to say that Manuel has the chance to be picked up in free agency next year by a quarterback-needy team and start without competition, but there will doubtlessly be a number of suitors who want to add Manuel to their roster, and likely for a far more affordable price than the $11.357 million the Bills would have had to pony up for his fifth-year option.

Easily the most interesting of the bunch—and the player most likely to garner significant free agency interest next year—is Denver Broncos defensive tackle Sylvester Williams. Williams has consistently improved in the past three seasons, with 25 combined tackles and three sacks in 2015. Williams has already vowed to make 2016 his best season yet, and if that’s the case, it’s possible the Broncos could try to bring him back on a long-term deal akin to the $6.75 million he’d make on the fifth-year option.

However, the looming free agencies of key players such as linebacker Von Miller and wideout Emmanuel Sanders complicate matters. The Broncos won’t be able to pay them all, but if Williams does indeed have the kind of season he has promised, he could be one to stay. Denver will have to do some serious salary cap jiu jitsu to keep all of these key impending free agents, though.

Guard Chance Warmack, drafted at No. 10 by the Tennessee Titans in 2013, could also be in demand next year. Warmack was a starter at right guard as a rookie and has started in every game he’s appeared in, missing only two in 2015 with an injured knee. He’s allowed only 13.5 sacks, and just four in 2015, and also graded out well as a run-blocker by Pro Football Focus.

The problem? His fifth-year option is worth a whopping $11.902 million for 2017. However, the Titans look to be quite flush with cash next year, something that could influence them to give Warmack a long-term deal. If not, though, Warmack would easily be the top young guard to hit free agency in 2017.

The fifth-year option is an important tool for both NFL teams and players. If it’s not picked up, players get a chance to hit free agency a year earlier. If it is picked up, they get a nice one-year payday that beats out any cash they’ve made in a previous season. It gives teams the flexibility to figure out their future at a given position, as well as move on from any perceived mistakes.

That only 12 players (not including Dion Jordan in Miami, whose fifth year is pushed back a season, due to his 2015 suspension and Bjoern Werner, whom the Colts have already cut) did not have their options picked up is a sign that the majority of teams remain happy with their Round 1 players picked up in 2013.