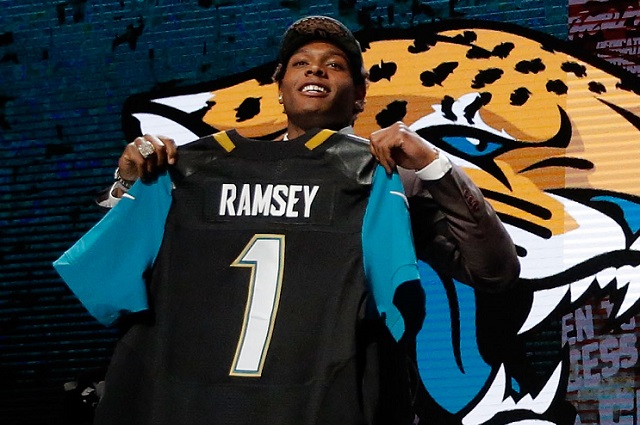 Your favorite team just got better! They added some young, cheap, talented, promising players, some of whom who will make an impact in the fall. Of course, if every team got better, some teams got less better than others.

That’s where The Comeback comes in.

We had a brilliant idea: Why not look at every single NFL team’s rookie haul, and assess its quality relative to all the other teams? That way, no matter which team is your favorite, you get a sense of how well your team did relative to the competition.

And since the draft is kind of like the final exam for scouts, coaches and executives who have done months and months of work on these players, we’ll rate the drafts with the traditional high school letter-grade system.

Just think about it: DRAFT GRADES. They’re going to be huge.

Defensive tackle Robert Nkemdiche is the headliner here, going with the 29th overall pick. I love Bruce Arians, and if anyone can motivate a talented-but-odd dude with work ethic questions, it’s him, but this is very high for such a risky pick. Boehm will quickly help solidify an interior line that’s desperately needed help for several years running. Hard to see much impact from the rest of the class for a team in win-now mode.

The Falcons’ front seven has been a black hole for what seems five years running. But instead of dipping into the deep pool of defensive lineman, or snagging one of the best linebackers available, they reached for a big-hitting safety, Keanu Neal. There’s a chance he could be The One, but they passed up better options. Hooper is a great fit for a team that both needs run-blocking help AND has a quarterback who loves to throw to tight ends down the seam.

I WANT to give the Ravens an F-minus for panicking and taking a lower-rated tackle because of Laremy Tunsil’s social media hack. Instead, I’m dinging them a mere letter grade for letting six months’ worth of evaluation work go up in smoke. But Stanley could still be great, and they loaded up on talented players who fit their scheme.

FULL DISCLOSURE: I worked with Shaq on his as-told-to article for Bleacher Report, which is one of the reasons why I love this pick. Not only is he great value at No. 19, he’s a perfect scheme and personality fit for Rex Ryan: A grounded young man who just wants to play great ball. Love the pick of Cardale Jones as a project to learn behind Tyrod Taylor.

After months spent talking about the embarrassment of riches available at defensive tackle in this draft, the Panthers were fortunate enough to be one of the first to take their share. Butler’s a perfect fit for what the Panthers do on defense. They spent the next three of their remaining four picks trying to address the holes in the secondary.

I don’t love the value on trading up for Leonard Floyd; though he was probably the best pure stand-up rusher in the class, the late-breaking top 10 rumors felt a little high. That said, I can’t wait to see what Vic Fangio does with him. Whitehair is a big, strong, versatile kid who some saw as a late first-rounder. Fantastic value and fit in the second round.

Grade: A+ (upgraded from A, because way to be, guys)
Best Pick: Andrew Billings, Baylor DT

Remember when the Bengals reached for every high-talent character flag guy at every pick every year? Almost as if their board was based more on name recognition than actual evaluation? This year, the Bengals got a group full of steals, scheme fits, and high upside guys who will make a huge impact over the next few years. Great to see.

A lot of people love what the Browns did, but I’m not sure yet. When you trade down out of a chance to land a franchise quarterback and pick up a bunch of future picks, then spend your remaining first-rounder on a long-term project at a desperate, immediate need… well, I’m going to need to see how those picks play out. Ogbah should become the player Barkevious Mingo couldn’t, and a million late-round receivers will all have a shot to get reps. Cody Kessler is an unforgivable reach with much better prospects on the board.

This isn’t because the Cowboys took a running back up high. Elliott could, and should, be a roll-out-of-bed stud in this offense; he’ll easily provide value for this pick. I know the Cowboys’ team doctor performed Jaylon Smith’s surgery, but reaching for him while Myles Jack was still on the board is inexplicable. Passing on Connor Cook early in the fourth round to take Charles Tapper, then getting jumped by Oakland and settling for Dak Prescott late in the fourth round, is not good draftery. 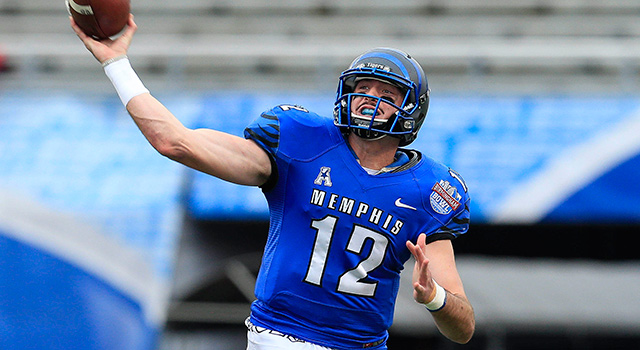 John Elway continues to do laps around the rest of the NFL. He waved goodbye to Peyton Manning, let Brock Osweiler walk, then traded up to stop Paxton Lynch’s fall at No. 26. Now he’s got a more talented proto-Osweiler for relative peanuts, and in Adam Gotsis, a promising replacement for his only significant free-agent loss, Malik Jackson.

For the last couple of seasons, the Lions have had 4/5ths of solid offensive line and a turnstile of undrafted free agents at right tackle. Taylor Decker gives them an immediate upgrade today, and a potential replacement for Riley Reiff if they choose to let him walk in the future. A smart, tough player who might be a slight reach at No. 16, he’s still a solid pick. Many mocked Robinson to the Lions at that slot, but he was there for them in the second round. The versatile mauler doesn’t bring a lot of pressure, but fits next to (and rotating with) the aging Haloti Ngata.

In a class full of interesting defensive tackles, the nasty Clark is Ted Thompson’s umpteenth attempt at solidifying his defensive front with a high draft pick. Tackle Jason Spriggs turned some heads at the combine with his athleticism, but Aaron Rodgers clearly needed weapons throughout 2015 and the Packers didn’t add any. Either Jordy Nelson and James Jones are going to have to dip back into the fountain of youth, or projects like Jared Abbrederis and Ty Montgomery are going to have to start earning their keep.

Will Fuller is just one of those guys for whom the bust potential is obvious: He’s incredibly fast, but the kind of one-route specialist teams can simply take away with scheme. In fact, I like the medium- and long-term potential of their third-round pick, Braxton Miller, much better. Martin is an instant upgrade at center. Keep an eye out for UDFA Wendall Williams, who might even be faster than Fuller, as a return specialist.

A LOT of teams had a draft crush on Kelly, if rumors are to be believed. The first great pure center prospect to come up the college pipeline in years, Kelly plugs a gaping hole in the middle of the Colts’ line. There are questions about whether Clemson safety T.J. Green can reliably cover NFL pass-catchers, but with the Colts’ corners locking things down, he won’t be exposed too often.

The Ngakoue nod may seem a little hipstery, but hang on. Ramsey is a perfect fit, and a great value: He’s the best prospect in the draft at No. 5 overall. Jack’s long-term health is a question mark, but he’s a game-changing player who slid far too long. Ngakoue is the key: Together with injury “redshirt” Dante Fowler, they provide a double dose of the fearsome outside pass rush the Jags’ defense has lacked for so long. Gus Bradley has no more excuses.