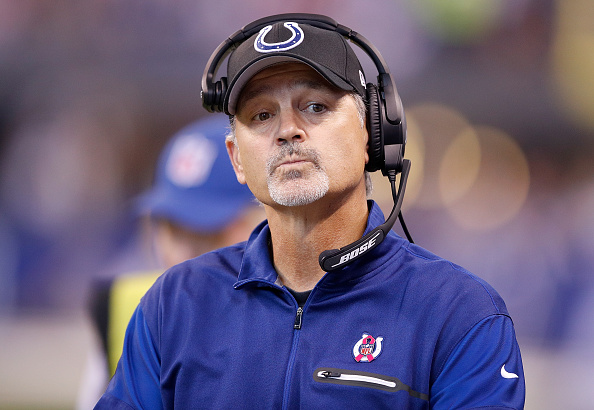 The Comeback is previewing all 32 NFL teams from worst to first leading up to the start of the 2017 regular season on Sept. 7. Coming in at No. 17 on our rankings are the fingernail-chewing Indianapolis Colts.

2016 in a nutshell: The Colts went 8-8 for the second consecutive year. A lot of that had to do with the fact is constantly roughed up behind a horrible offensive line, but the offense still ranked eighth in the league in scoring with Luck posting a 96.4 passer rating in 15 starts. The major problem was the defense, which gave up 26 or more points on nine occasions.

What’s different: Former Kansas City Chiefs executive Chris Ballard has replaced the fired Ryan Grigson as general manager, and he spent much of the offseason adding to that oft-maligned defense.

Why they could be awesome: Luck is one of the most talented young quarterbacks in the game and it’s not as though he doesn’t have plenty of talent around him.

Why they could suck: Luck is still recovering from early-offseason shoulder surgery, and it’s beginning to look as though his availability for the start of the regular season will be up in the air.

Breakout watch: They’ve been waiting for three years for wide receiver Donte Moncrief to put it all together and form a one-two punch with top weapon T.Y. Hilton.

Position to watch: They’re also going to need several players on that “transitioning” offensive line to take the next step. In particular, I’m looking at center Ryan Kelly (coming off a great rookie season, but is out until at least Week 9 after undergoing foot surgery), second-year offensive tackle Le’Raven Clark (was already demoted early in the preseason) and 2016 fifth-round guard Joe Haeg (also has been dealing with an injury). It’s not pretty, but there’s a lot of young talent.

Prediction: I don’t like the vibe surrounding Luck and the rest of that offense. Funny enough, it feels as though the defense will finally put it together this year, but the other side of the ball might let Chuck Pagano down.