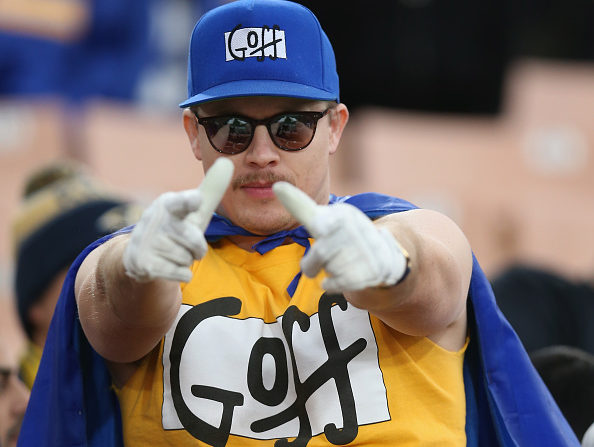 The Comeback is previewing all 32 NFL teams from worst to first between now and the start of the 2017 regular season on Sept. 7. Coming in at No. 30 on our rankings are the intriguing, but challenged Los Angeles Rams.

2016 in a nutshell: No. 1 overall pick Jared Goff lost all seven of his starts and was graded by Football Outsiders as the worst qualified quarterback in the league by a wide margin. Stud running back Todd Gurley fell off a cliff with an epic sophomore slump. Without much support, superstar defensive tackle Aaron Donald couldn’t save a bottom-10 defense, and the Rams won just four games during their first season back in Los Angeles.

What’s different: Goff is coming off his first full offseason in the NFL and is the starter from the get-go. And this time, he’ll have plenty of blind-side support from the team’s big-ticket free-agent addition, Pro Bowl left tackle Andrew Whitworth.

Why they could be awesome: Goff was a No. 1 overall pick for a reason, Gurley had five 120-yard performances in just 13 outings as a rookie sensation, Whitworth was a first-team All-Pro in 2015 and Donald should only get better. The 26-year-old is holding out right now, but he should be in uniform for Week 1 and is a strong defensive player of the year candidate.

Why they could suck: Goff hasn’t done much to indicate he’ll turn it around in Year 2, Gurley might have been a one-year wonder as a rookie Pro Bowler, Whitworth is 35 years old and Donald still doesn’t have much support on defense.

Major losses: Top receiver Kenny Britt, who was coming off a career year despite how bad that offense was. They’ll miss him, as well as safety T.J. McDonald.

Breakout watch: I mean, the whole world is watching for Goff to break out. But they’re hoping that two talented receivers who entered the league with big reputations can finally step up. Tavon Austin is expected to have a lot on his shoulders after four underwhelming seasons to start his career, while Woods — who sometimes flashed, but often disappeared in Buffalo — is being paid big bucks in hopes that he becomes something special in LA.

Position to watch: Again, we’ll all be watching the quarterback and running back. But with Austin expected to play a DeSean Jackson-like role for new head coach Sean McVay and Kupp already drawing rave reviews, the receiver position could make or break the 2017 Rams.

Prediction: This is a tough one because if Goff and Gurley come through, they could push at least the 49ers and Cardinals in that division. And at the very least, they’ll be fun to watch. But there isn’t enough talent in the receiving corps, elsewhere on the offensive line and anywhere but defensive tackle on the other side of the ball. With so many question marks, even in the more talented spots, it’s hard to give them more than a handful of victories.