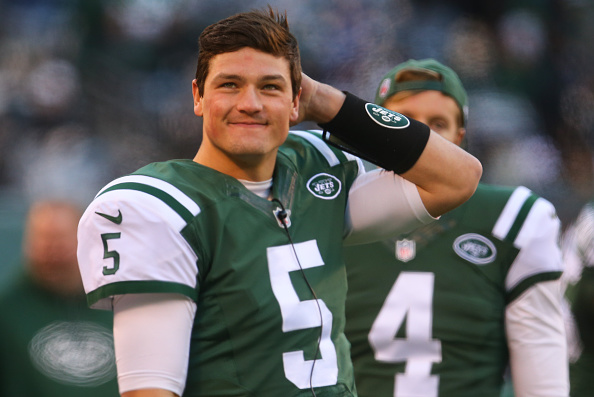 The Comeback is previewing all 32 NFL teams from worst to first between now and the start of the 2017 regular season on Sept. 7. Today, we kick things off with the sick joke that is the New York Jets.

2016 in a nutshell: “Led” by the lowest-rated, sorriest group of quarterbacks in the NFL, the Jets ranked in the bottom five in terms of scoring offense and defense, but still managed to win five games because the D has some talent and some moments.

What’s different: The Jets decided not to attempt to compete this year, even if they won’t admit it.

Why they could be awesome: Because the world hasn’t made sense of late. See: Leicester City, Donald Trump, Brexit, 28-3, Sergio Garcia, the Cleveland Cavaliers and the Chicago Cubs.

Why they could suck: Because Josh McCown is the starting quarterback and the front office gutted the entire roster in what appears to be the first step of what might be a long, grueling rebuild.

Major additions: Promising first-round rookie Jamal Adams, who should start from the get-go at safety.

Breakout watch: The Jets can hope against hope that Christian Hackenberg or Bryce Petty can step up and lead the way, rather than the geriatric McCown, who is only a stopgap. But the guy to watch is 2016 first-round linebacker Darron Lee, who generally struggled when healthy as a rookie but has the ability to become a really solid starter within a defensive front that has plenty of talent with Leonard Williams, Muhammad Wilkerson and Sheldon Richardson (for now).

Position to watch: It is rather weird for a team to lack so much talent everywhere and be positively jacked in one spot, but that’s the case with that defensive front seven after the team kept Richardson amid reports he’d be traded this offseason. The Jets still might deal the former Pro Bowler, who admitted recently that a pair of potential suitors — the Seahawks and Redskins — wanted him to take a pay cut as part of a trade. Regardless, it’ll be fun to watch the flourishing Williams alongside Wilkerson and the talented Lee this season. That’s the most fun you’ll have watching this team, though.

Prediction: The Jets will luck into a win or two. They do host the Jaguars and take on the Bills at home on a Thursday night. And the banged-up Chargers aren’t likely to have many players left when the Jets host them in Week 16. But three wins is pushing it.