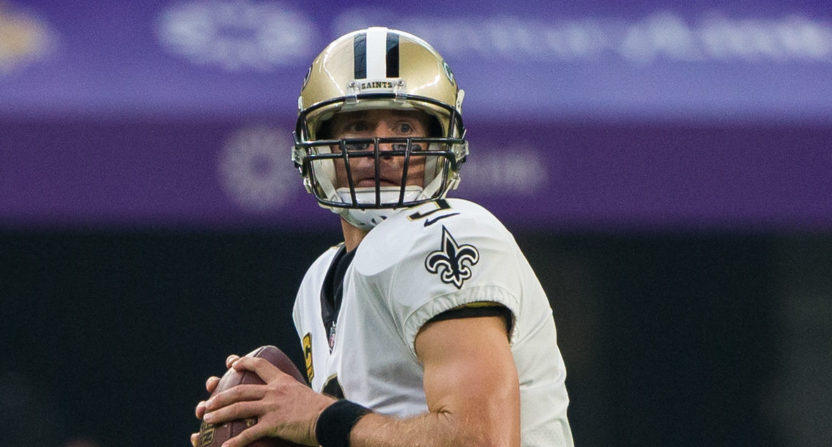 Last time they met: New Orleans lost to Minnesota on the road in the first week of the 2017 season, but Sam Bradford and Dalvin Cook were the key offensive cogs for the Vikings then, and the Saints were a completely different team. Prior to that, the Saints had won four straight against the Vikes, including an overtime victory in the 2009 NFC championship game.

1. Is Case Keenum for real? It’s this simple: If he is, the Vikes probably win easily. If he isn’t, they probably get blown out.

The Saints know what they have in future Hall of Fame quarterback Drew Brees. Minnesota got more than it could have ever expected out of Keenum this year, but the 29-year-old has never started a playoff game. Yes, he was the league’s seventh-highest-rated passer while leading a 13-3 team, but he failed to pass for 300 yards in each of his last seven starts and his sack rate exploded down the stretch. Keenum was sacked five times in his first nine games, but he was taken down 17 times in his final six.

2. Drew still has it. Again, the Saints know what they’ve got under center. With little support from his running game, the 38-year-old lit up the Carolina Panthers last week, marking the eighth consecutive game in which he had a passer rating of at least 97. The Vikings had the best pass defense in the NFC this season, while the Saints were good but less stout and far less consistent. That isn’t enough to negate the advantage Brees has over Keenum.

4. A lot will fall on Latavius Murray and Jerick McKinnon. The Saints surrendered 4.4 yards per rush during the regular season, and they had some trouble with backs Christian McCaffrey and James White in pass defense. They also struggled both in run defense and in containing McCaffrey in the wild-card round. So if the Vikings are going to overcome any potential hiccups from Keenum, they’ll need Murray and McKinnon to exploit that.

McKinnon caught 51 passes for 421 yards and two touchdowns in the regular season, and finished strong with 4.5 yards per rush on 35 attempts over the final four weeks of the year. Murray had a 100-yard effort in a two-touchdown Week 17 performance against the Chicago Bears.

5. For the Saints to pull off the upset… Brees will need more help from Pro Bowl backs (yes, plural) Mark Ingram and Alvin Kamara, who recorded a combined 3,094 yards from scrimmage during the regular season but were held in check by the Panthers last Sunday (68 scrimmage yards on 21 touches). Can’t get away with that on the road against the Vikings, who have won five straight home games by eight-plus points.

Under-the-radar potential X factor: Defensive rookie of the year candidate Marshon Lattimore gets most of the attention in a stellar young Saints secondary, but second-round rookie safety Marcus Williams has really been coming on. He intercepted Jameis Winston twice in Week 17 and recorded eight tackles against the Panthers last weekend. Don’t be surprised if he makes a big play against an inexperienced Vikings passing game.

Prediction: The Vikings are the slightly better all-around team, but I don’t trust Keenum against an opportunistic defense. Plus, you have to think Kamara and Ingram are both due, which is dangerous. Saints 24, Panthers 19