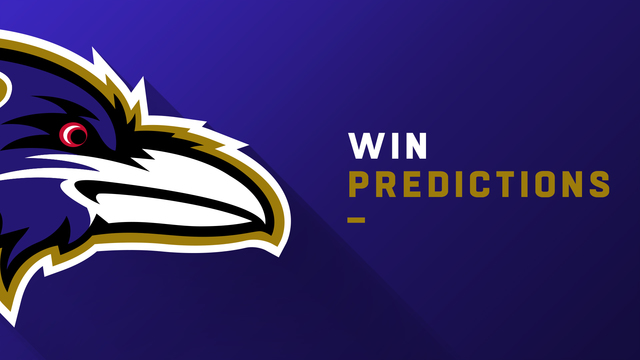 The Seahawks own top wild card spot in the NFC, while the Ravens control the bottom wild card in the AFC, with the potential of usurping the Steelers on top of the AFC North. NFL Super Bowl odds still list Baltimore and Seattle as longshots, as per Canada Sports Betting research, but both clubs feature the type of defensive aptitude which plays well in the post season.

The Patriots have quietly put together another dominant regular season, on track to secure a first round bye in the AFC. At this point, nobody bats an eye at the fact that a 41-year-old quarterback leads one of the best teams in the NFL. Kansas has a better record, but New England’s more likely to appear at the Super Bowl.

Pittsburgh lost the ascendant James Conner to a lower leg injury against the Chargers, part of the reason the Steelers find themselves mired in a two-game slide. This gives Baltimore a window of opportunity to sneak into top spot in the AFC North while ruining Pittsburgh’s odds of a bye.

An unprecedented nine-game winning streak makes Houston a near-lock to make the post season. Games against the Colts, Jets, Eagles and Jaguars are very winnable, giving the Texans a legitimate opportunity to finish with a 13-3 record. This club could knock the Patriots from second place in the AFC.

A week off didn’t help the Chiefs defense improve, allowing 33 points to the woeful Oakland offense last Sunday. Good thing Mahomes and crew put up 40 points without Kareem Hunt. At this point, it’s obvious that the Chiefs will ride or die with a pure offensive mentality.

The AFC should be very worried about the Los Angeles Chargers, who rebounded from a tough loss against Denver with two consecutive wins over the Cardinals and Steelers. A sixth-ranked offense and a seventh-ranked defense reveals the sheer depth of this roster.

Lamar Jackson has yet to lose as a rookie starter, leading the Ravens to a three-game winning streak. Baltimore owns the top-ranked defense in the league, which will attempt to prevent the Chiefs from running all over them on Sunday afternoon.

Consecutive wins over the Chargers, Steelers and Bengals lift the Broncos back to .500, unexpectedly returning Denver into playoff contention. They have one of the easiest schedules remaining, with matches against the 49ers, Browns and Raiders, but a week 17 game against the Chargers might eliminate the Broncos.

Similar to the Broncos, the Titans have an easy path the playoffs laid out in front of them, with games against the Jaguars, Giants and Washington. However, Tennessee finishes the year against Indianapolis, who whipped the Titans 38-10 in week 11.

A bizarre 6-0 shutout loss against Jacksonville snapped the Colts five-game winning streak last week. Indianapolis faces the Texans and Cowboys over the next couple of weeks, which could extend their loss streak to three. Don’t expect Indy to make the post season.

Miami clashes with the Patriots this weekend, which will likely result in the Dolphins falling out of realistic playoff contention. This team has a single win against teams over .500, which points to the mediocrity of Miami.

Dallas suddenly looks like a contender as a sleeper pick out of the NFC East. The Cowboys have won four in a row, including an impressive 13-10 victory over the Saints last week. A Sunday afternoon clash against the Eagles may cement a playoff spot for Dallas – or allow Philly to usurp the division lead.

The Bears blew an opportunity to gain ground on the Saints for second place in the NFC. If Chicago can’t compensate for the absence of Mitch Trubisky, the Vikings might launch a sneak attack for the NFC North lead.

New Orleans ten-game win streak was snapped in Dallas, as the Cowboys defense held the Saints formidable offense to only ten points last week. They’re still two wins ahead of the third-place Bears, so a bye in the playoffs remains well within reach.

The Rams became the first team in the NFL to secure a playoff spot with a rote, 30-16 victory over the Detroit Lions. Los Angeles once against controls the top spot in the NFC, able to secure a first round bye over the next couple of weeks.

A three-game win streak over the 49ers, Panthers and Packers places the Seahawks on top of the NFC wild card race. Seattle owns a ninth ranked offense and defense as Russell Wilson enjoys a quietly excellent season.

Losing to the Patriots wasn’t a surprise, but Minnesota now needs to win matches against the Seahawks, Dolphins and Lions to save a mediocre season. A week 17 match against Chicago could determine the NFC North champ.

Washington needed a win over the Cowboys to hold onto top spot, but the season-ending injury to pivot Alex Smith clearly devastates Washington’s odds of making the playoffs. Expect a decline from contention for the remainder of 2018.

A loss to the Browns this week would extend the Panthers losing streak to five games, effectively removing Carolina from the playoff race. Last week’s disappointing loss against the Buccaneers might signal a sharp reduction in quality of play for the rest of the season.

A close win over the Giants shouldn’t comfort the defending champs. Since they play in the NFC East, Philly still has a chance at catching the Cowboys for another division title. Two matches against Washington and a clash in Dallas gives the Eagles control over their own destiny.