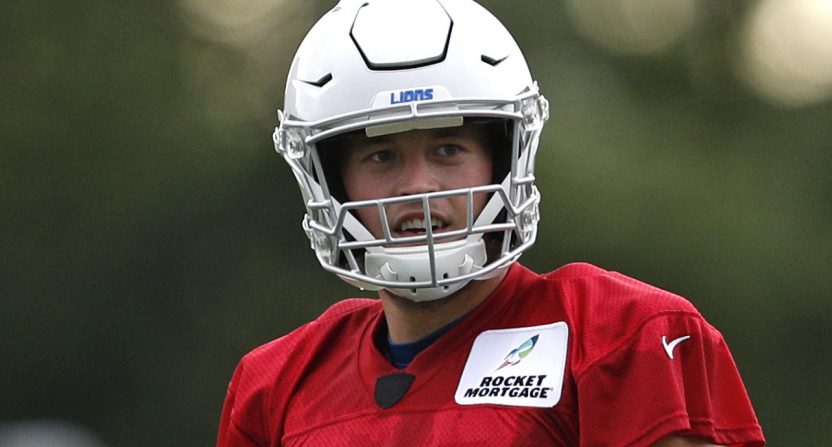 The Comeback is previewing all 32 NFL teams from worst to first leading up to the start of the 2018 regular season on Sept. 6. Up next in our preseason rankings are the quarterback-reliant Detroit Lions.

2017 in a nutshell: Good offense, so-so defense, no running game, bad coaching. They fall just short of the playoffs at 9-7. In other words, same old.

Why they could be awesome: Patricia brings new energy and quarterback Matthew Stafford is coming off the best season of his career.

Why they could suck: The defense still has a long way to go, we don’t know what Patricia will bring to the table in his first head-coaching role and it’s possible Stafford has peaked.

Breakout watch: Wide receiver Kenny Golladay has stood out in each of his first two NFL offseasons and was a stud last preseason. Injuries derailed his 2017 campaign, but he’s got the play-making ability to become something special this season in Detroit.

Position to watch: Blount and Johnson have probably become the top two options at running back, which is interesting because they’re on opposite ends of their careers. We’ll see if 2015 second-round pick Ameer Abdullah can complicate things by finally putting it together in his fourth year, and pass-catching back Theo Riddick should be a factor too. Can they finally gain some balance on offense?

Prediction: Stafford could indeed be on the verge of taking off, but that’s no guarantee. And I still don’t trust Patricia, or the defense, or the running game. They’re still a solid team, but the Packers and Bears should be better and Green Bay and Minnesota are both Super Bowl contenders. I doubt they post a winning record.