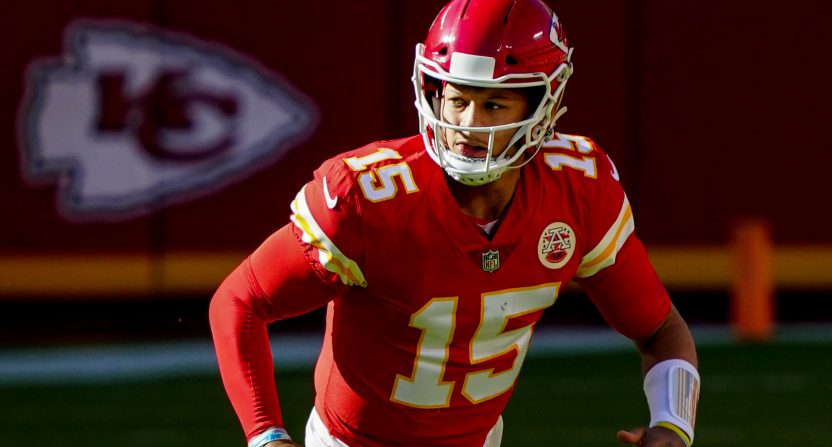 Now that the second half of the 2020 NFL season is in full swing, let’s make some updated predictions regarding where this will all end up in January and February.

Kansas City looks close to unstoppable while the Steelers having been cutting it way too close and are due for some hiccups. The seventh seed either goes to Miami or the Indianapolis Colts, who lead the NFC South right now but lack consistency and reliability. The Dolphins are surging to more of an extent so I gave them the edge.

The Saints appear to be pulling away and look less dud-prone than Seattle, Green Bay, and Tampa Bay, all of whom are locks for playoff spots anyway. The Eagles’ schedule is extremely tough down the stretch, but nobody else is good enough to challenge them for a default NFC Least crown. Brutal that they’ll get to host the Tampa Bay Buccaneers in a playoff game in this scenario. The Los Angeles Rams currently have a two-game lead on Minnesota and are a lot more likely to make the playoffs, but I don’t trust L.A. and like the Vikings’ trajectory.

Pittsburgh and Tennessee are just better teams, and the Ravens are allergic to big games.

Man, those first two games could be epic.

One more win for Drew Brees over Tom Brady…

Patrick Mahomes, Ben Roethlisberger, Drew Brees, and Aaron Rodgers on conference championship Sunday? Yes please. The Saints are just better than Green Bay, and I wonder how much the Steelers will have left in them.

Brees falls just short in his last NFL game, as the Chiefs become the first team in a decade and a half to repeat.

MVP: Mahomes — He’s quickly pulling away from Rodgers and Russell Wilson. Dude’s on pace for a 44-to-2 touchdown-to-interception ratio!

Offensive Player of the Year: Mahomes — I believe those awards should rarely be split, but if that happens, it will be because Dalvin Cook scores like 25-30 touchdowns to lead the Vikes to an improbable playoff berth.

Defensive Player of the Year: Cleveland Browns edge Myles Garrett — I think the Browns fall off down the stretch but not because of Garrett, who has become the best defensive player in the game. He’s the only player in the NFL with nine sacks and four forced fumbles.

Defensive Rookie of the Year: Washington Football Team edge Chase Young — There are, like, a dozen candidates for this wide-open award. Young has an edge in talent and is on then right track, but Antoine Winfield Jr., Julian Blackmon, Jaylon Johnson, Patrick Queen, and Jeremy Chinn are all in the running.

Coach of the Year: Brian Flores, Dolphins — He’d get some extra votes from those who robbed him last year. This team is borderline playoff-caliber, but has been playing above its head for more than a year now. If they get into the playoffs just one year removed from a tank-job, this is a no-brainer.