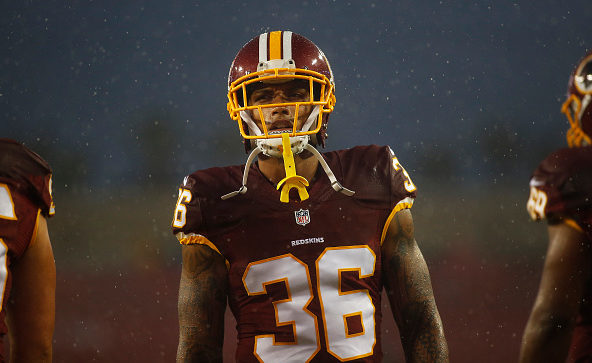 Washington Redskins safety Su’a Cravens is only 22 years old, making him one of the youngest players in the NFL, so it was a bit jarring Sunday when the Washington Post reported that Cravens had to be talked out of retiring from football. Washington reportedly placed the safety on exempt/left squad list to give him time to weight the decision.

According to the Post, Cravens told his fellow defensive backs Saturday night that he was planning to walk away.

Cravens, in the group message, praised each of his teammates for their skills and expressed gratitude for them and their role in his life. He said that he had enjoyed playing with them, but was retiring on Sunday and ended the text message with, “Peace out,” and then removed himself from the group chat.

The Post reports that Cravens arrived at Redskins facilities Sunday to inform team president Bruce Allen of his retirement, only to be talked out of his decision, for now.

Cravens, a second-round draft pick in 2016, started three games last year and was considered one of the team’s most promising young players. He is entering the second year of a four-year, $4.4 million contract.

There are a lot of explanations floating around as to why Cravens wants quit the NFL. Based on his behavior over the past year, he seems worn down by a series of injuries. Per the Post, Cravens’ teammates felt he was losing his “zeal for the game” after a concussion last October that he said affected his vision. Then, after suffering a biceps injury later in the season, he disappeared for several days, reportedly contemplating walking away. He is currently recovering from a knee injury that kept him out much of the preseason. The Post reports that he has been discussing retirement with coaches for several weeks. An anonymous former teammate of Cravens’ told ESPN that the safety has lost his love for the game.

Whether or not Cravens returns to the team at the end of the month, he clearly isn’t all-in on football, which is, of course, totally fine. Given the demands of pro football, the NFL does not seem like something you can half-ass. If he doesn’t want to play football, he has every right to do something else with his life.

With Cravens potentially gone, the Redskins are left to replace a player who could have been a key part of the team’s defense, and the NFL is left to wonder why promising young players keep walking away from its game.