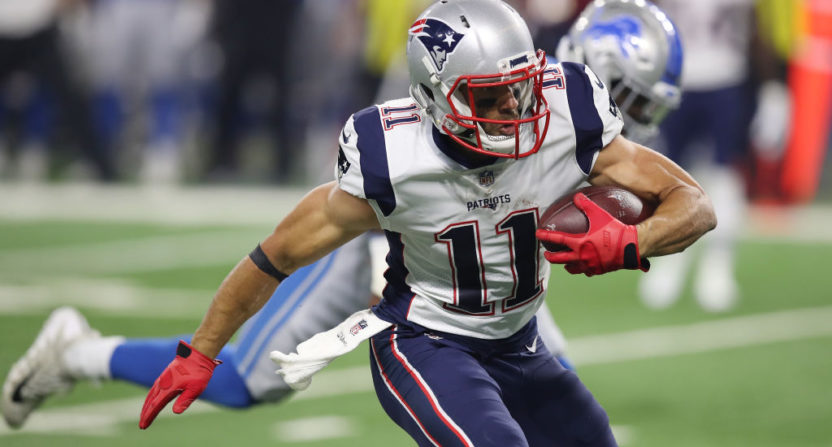 It does not matter how much a professional athlete can be in shape, because a torn ACL can happen at any given moment. So far this preseason (by at least one count) a total of 24 NFL players have suffered a torn ACL, thus bringing their 2017 season to a likely end just weeks before the season officially kicks off.

If that seems like a lot of torn ACL injuries, that’s because it is.

With Cameron Meredith's ACL tear, that is now 24 players who have suffered torn ACLs since training camp opened.

The ACL injury bug has been taking names around the league. The Miami Dolphins had to pull Jay Cutler out of retirement after quarterback Ryan Tannenhill went down with an ACL injury this preseason. The Los Angeles Chargers have had a rash of injuries, including the ACL claiming offensive guard Forrest Lamp, a second-round draft pick this spring. The Chargers have had six players go down with an ACL injury since the beginning of the 2016 season. In the same city, the Rams lost Dominique Easley to his third career torn ACL. And just this past weekend, ACL injuries claimed Julian Edelman of the New England Patriots and possibly Chicago Bears wide receiver Cameron Meredith.

With the NFL already working on ways to improve ways to prevent head trauma, doctors and teams around the league are also scrambling to figure out how to reduce the number of ACL injuries as well. Is there anything that can be done to reduce the number of ACL injuries in football besides simply not playing football? That is the question the NFL is seeking an answer to, and as of yet there really is no method to prevent when a player might tear an ACL.

The league can establish rules to address certain types of injuries, but eliminating them entirely is impossible. such is the case for a torn ACL, as a torn ACL is often not a result of contact. A recent study conducted by Dr. Bert Mandelbaum (an orthopedic surgeon and ACL researcher), found 68 ACL injuries that were classified as non-contact ACL injuries. Sometimes, it just happens.

“They’re extremely fast, extremely powerful, and extremely strong,” Mandelbaum said of the condition NFL players arrive to training camp in a recent report published by the Orange County Register. “But the problem is, the steering isn’t so good. We call that steering neuromuscular control.”

Dr. Mandelbaum has constructed a program aimed at reducing the number of ACL injuries with a series of particular warm-ups and exercises and stretches, and he claims the program has reduced the number of non-contact ACL injuries in high school and college players by as much as 70 percent. So, perhaps there is something the NFL can implement with the help of team doctors and strength and conditioning coaches, after all.

“I never had the interaction with a team that said, ‘OK, come on guys, let’s go do this program,’” Mandelbaum said earlier this month. “That said, I know for a fact that there are a number of teams who have sports medicine programs who are on top of these things and are getting their athletes and their teams to do portions of this program.

Of course, nothing can guarantee a player will not suffer a torn ACL. But with so many players suffering the injury in a sport that relies on swift footwork, any solution to help reduce the chances of having the injury should be reviewed.