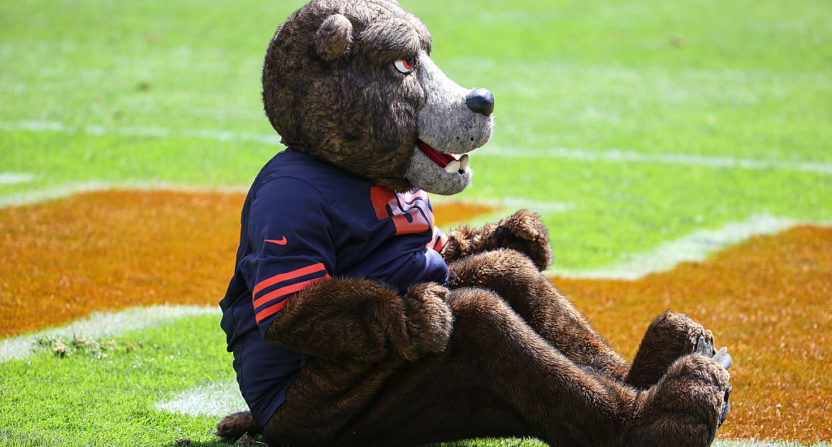 The NFL has taken hits from plenty of directions this season, from the usual (and some most unusual) suspects.

But while the league as a whole has plenty of problems in terms of ownership and leadership, there’s also a more pressing issue: the league just hasn’t been that much fun to watch this year.

Don’t just take my word for it. Here’s an intelligent baseball player on the subject:

this would be a bad Thursday night game. I think it's cyclical and injury related but NFL has not been fun to watch this year.

For me, Brandon isn’t wrong. One week isn’t everything, but this NFL season has just felt a bit blah. Take the 13 games that have made up the week so far. (The Seahawks and the Falcons play tonight, in what admittedly is a solid Monday Night Football matchup, in theory.)

Only four of the contests ended up with margins of victory within the single digits. One of those games was a 12-9 overtime win for the Giants against the Chiefs, which hardly counts as thrilling. The Bears lost to the Lions 27-24 in typical Bears fashion: wasting a potential game-tying drive led by Mitch Trubisky with a blown field goal.

New Orleans came back to beat Washington 34-31 in overtime in a very good game, and the Bengals beat the Broncos 20-17 in a close game between two bad teams. That’s it.

Moreover, there were a ton of blowouts. There were five games that ended with 20+ point wins for the victorious team. That’s not entertaining!

And there’s no time to take a breather, for fans or players. There’s tonight’s aforementioned Monday night contest, and then three more games on Thanksgiving. There’s no such thing as a defined week, anymore, for the NFL, and the league is paying the price on the field and off.

On the field, it’s pretty easy to see that players aren’t getting the rest they need to put their skills more fully on display. Injuries are occurring as much as ever, including the now-normal rash of non-contact practice injuries, most notably robbing us of the remainder of Deshaun Watson’s rookie season. And more than just injuries, players are clearly not able to prepare for games with the rest and reps and just general time that’s optimal. We’re lucky enough to watch the best athletes to have ever played the sport, but we aren’t lucky enough to see a sport best-suited for their talents and abilities.

There are obviously other factors at play. NFL offenses are such that only the very best quarterbacks can actually make them work, which is a testament both to the quality and caliber of NFL defenders and the general lack of imagination rampant among NFL coaches. But when half the league has essentially no chance given their lack of a top-tier quarterback, and another few teams on top of that have just a slim chance, it’s tough to watch!

Sure, there will be upsets now and again, and the playoffs can generally be fun, but 17 weeks of NFL regular season is just a slog now for anyone but the most diehard of fans.

It’s not an easy fix, either, but then the NFL is staring down plenty of problems without an easy fix. Sloppy play on Thursday night might not be near the top of their concern list at the moment.