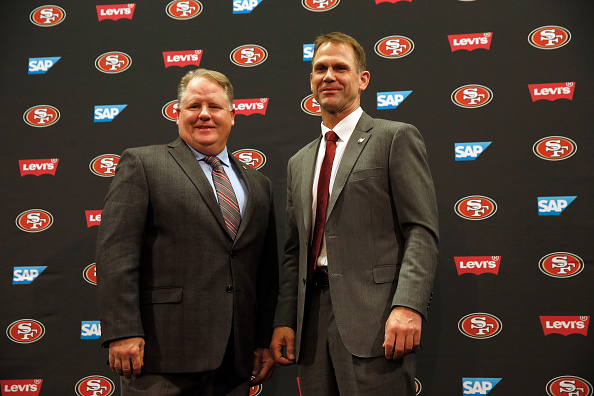 As the ball prepares to make its final descent to ring in the new year in Times Square, the San Francisco 49ers are reportedly preparing to make a new years resolution of their own to find a coach and general manager they can trust.

The official changes could happen anytime between Sunday and Monday, which is fairly common for teams looking to make drastic changes. However, Kelly will have lasted just one season and the 49ers will become the first NFL team to fire coaches in back-to-back years after just one season on the job. To say the 49ers are a complete mess would be a massive understatement, and general manager Trent Baalke takes the brunt of the blame for such an atrocity. The 49ers now owe more than $30 million in coaching salaries, according to Rapoport.

So, where do the 49ers go from here? The changes should obviously begin with the general manager, who should then make the decision on a head coach. The question is does the team already have a potential replacement at GM lined up? Not according to Schefter, who says CEO Jed York and Executive Vice President Paraag Marathe will head up the search for a new GM and coach right away. This could just end up being another in the latest line of disasters for the 49ers, but only time will tell for sure.

All things considered, the 49ers absolutely should not have shield away from pulling the rug out from the Kelly Era by the bay. No, he was not given too much to work with, but in his three years with the Philadelphia Eagles and one woeful season with the 49ers, it has become painfully obvious he can be in over his head in the NFL. College is where Kelly belongs, but the head coaching carousel has come to a close for this latest offseason, unless any schools want to force their current coach out in order to hire Kelly. That is not impossible to conceive as a possibility, but it will be more likely Kelly will get back in the college game in the next round of the coaching carousel. Maybe some time doing some TV work could be a likely option for Kelly in 2017.