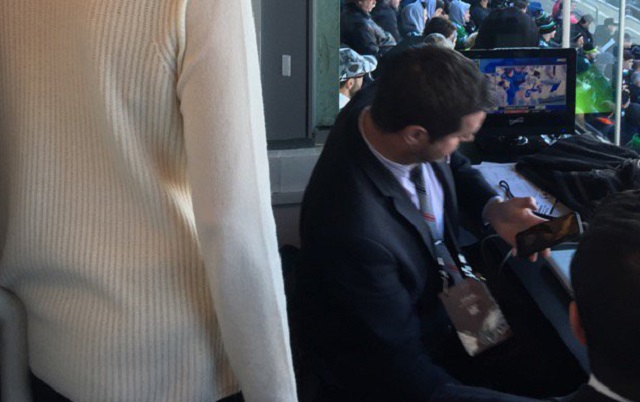 During an otherwise unremarkable Week 17 game between the already eliminated Philadelphia Eagles and the playoff bound Dallas Cowboys, an Eagles beat writer was removed from the press box at Lincoln Financial Field. That’s right, it’s all-out war on the fourth estate! The First Amendment is under assault!

To recap: Philadelphia Inquirer reporter Jeff McLane was told by team PR staff that he violated press box code of conduct for speaking too loudly while complaining about a penalty on the field. In a rare showing of solidarity, other Eagles writers came to his defense, which, being media people, mostly consisted of tweeting. Even Philadelphia Daily News writer Les Bowen, with whom McLane had been in a fist fight years before.

This, apparently, is a departure from the salad days of on-location sports coverage, when reporters and public relations people could amicably brawl in the press box without security getting involved.

My dad, an Eagles beat writer in Vermeil era, says a writer once had a fistfight with Eagles PR guy and was not ejected from the press box.

Well, if this is indeed a more restrictive era of press control, it’s time for members of sports media to gird their loins and prepare for battle. Who knows what further rights that teams will impinge upon unless reporters resist now. So it’s time to rise up and let these former communications majors know we mean business. Here are several ways that could be accomplished.

Compare Them to Trump

Nobody wants to hear sports reporters wax knowledgeable about politics. so greet every potential offense with a comparison to Donald Trump’s administration. If they want to quiet you in the press box, there’s no way they’re not actually white nationalists looking to revive the Third Reich before the end of the first half. If possible, have an American flag with you to physically swaddle yourself in as you cry about injustice. Have one your media pals Periscope the exchange. You may lose your credentials, but you might make a Twitter Moment.

Complain About The Free Food, But Louder and More Indignantly

Nothing lets a team know you aren’t about to take shit like showing utter contempt for the food they offer as a courtesy to you, the very important sports journo. And that’s why you must badmouth it endlessly, no matter how much you actually enjoy it and can’t stop consuming it. “What are these? Ruffles? GUTTER CHIPS. Couldn’t they spring for Sun Chips instead of this trash?” The more advanced reporter can sprinkle in comparisons to bad airline food they’ve consumed on the road. 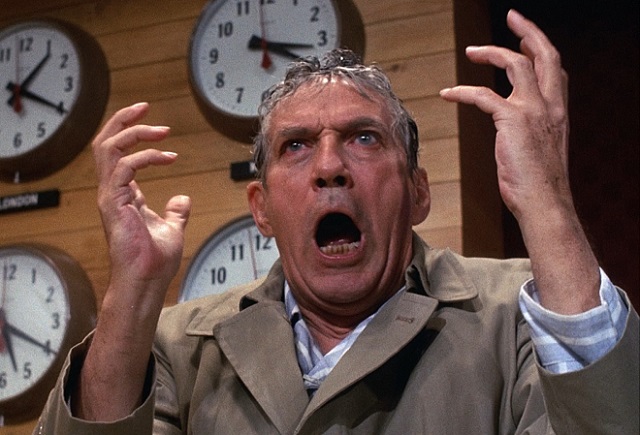 Go Hard With Your Rant On The Future Of Media

When the heat is on and things look bleak, a reporter must turn to their natural defense – tedious theories on the future of media. Have your 12,000-word Medium post bookmarked for when you’re approached for when a PR flak shows up give you grief. Be sure to also mention that you know someone who owns a pickup truck, because you’re not some disconnected elite. You’re real people, according to someone’s arbitrary definition of working class authenticity. The downside to this is the game you’re covering is likely to be over once you’re finished with your spiel.

For the season, just 23 of Carson Wentz's 228 attempts have traveled 20-plus yards through the air — just under 8 percent, per @PFF

This is a Philly-specific one, but those are important to cultivate since the Eagles PR staff is so far the most aggressive in its tactics. Should you get static from a PR person, just start talking about the concept of air yards, or how many yards a pass travels in the air before it reaches its receiver. Over and over again, building to a point where all you’re saying is Carson. Wentz. Air. Yards. Anyone affiliated with the team is at this point so tired of that cudgel being used against the young quarterback, they may get distracted hunting down a Football Outsiders scribe and leave you alone for a while. 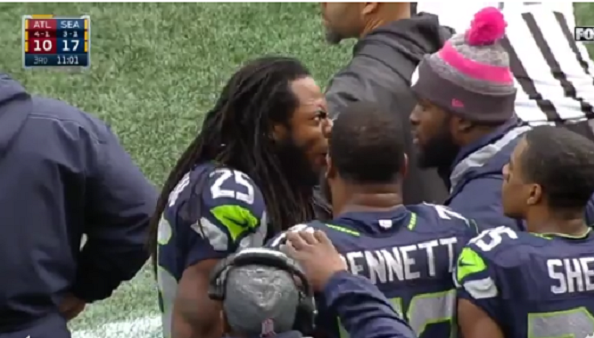 Perhaps the not most ethical thing in the world, but in a world gone mad, sometimes you have to fight a little dirty. If it looks like some media suppression is about to go down, boast to no one in particular but everyone in earshot about the time you wrestled Richard Sherman to the ground as part of a condition to make him talk about the time he definitely committed pass interference on Julio Jones. The security guards at the stadium have families too. They don’t want to mess with anyone crazy. 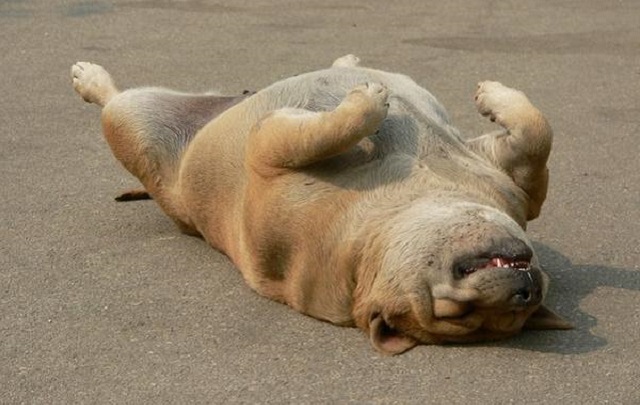 If All Else Fails, Go Limp

Face it, you’re a member of sports media. You’re not actually going to fight anyone. The mere thought of it makes you feel a little faint. If they’re going to make you leave the stadium, by gum, they’re going to work for it. So practice some good old-fashioned passive resistance splay yourself out over your workspace. Chances are, the combination of excess body weight and repellent body odor may make stadium officials come to conclusion that it would just be easier to let you stay until the end of the game.