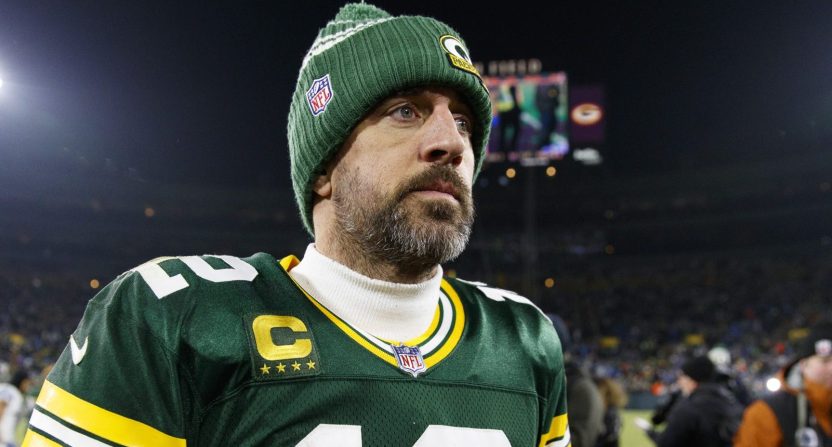 Spite can be a great motivator and the Detroit Lions had that Sunday night. If they weren’t going to make the playoffs, they would make sure their rivals weren’t getting in, either.

That’s exactly what happened at Lambeau Field as the Lions defeated the Green Bay Packers 20-16 to keep the Packers out of the playoffs and instead insert the Seattle Seahawks into the final NFC playoff spot.

If the win wasn’t enough, the Lions had some extra motivation leading up to the game and they kept the receipts.

Mostly centered around Packers quarterback Aaron Rodgers, the Lions compiled clips of Packers players feeling somewhat high and mighty about their chances of making the postseason and beating the Lions, covering their mouths (or foot) with an “8-9” graphic and posted the video on TikTok.

To the Packers, what they said at the time was considered confidence. But to the Lions, it came off as arrogance. And given the result, their comments don’t look that great in hindsight.

Rodgers wasn’t the only person in the Lions’ crosshairs. On Twitter, the Lions set their sights on those in the media who chose the Packers this weekend. The NBC crew almost fell victim to the Lions’ wrath but on Football Night in America, Tony Dungy bailed out his co-workers by being the lone person on the show to pick the Lions.

Both compilations are meant to be taken with good humor, and the Lions deserved the opportunity to brag about their win. While they didn’t make the playoffs, the Lions finishing at 9-8 with a head coach who knows how to get everything out of his players; there is confidence in Detroit for the first time in a long time. Let’s hope that doesn’t turn into arrogance with a disappointing 2023 season.