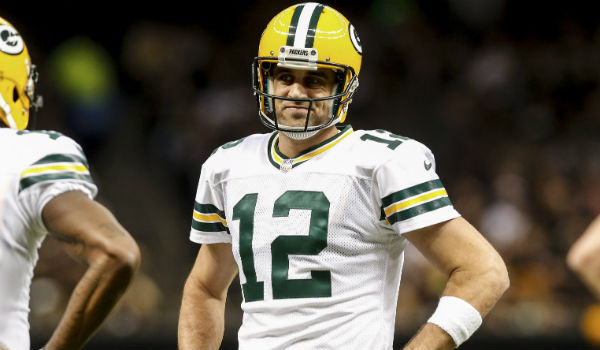 Aaron Rodgers isn’t usually the type of player to incite a little controversy on the eve of a big game, but he did today in advance of the Packers-Falcons NFC Championship Game on Sunday. How did he do it? By remembering a little controversy the Falcons had about two years ago regarding fake crowd noise at the Georgia Dome:

Rodgers on Falcons stadium: it's really loud in there. Whether that's all natural or not remains to be seen.

Aaron Rodgers is one of the smartest QB’s on the field, and it turns out he has a really good memory as well. The Falcons were docked a 2016 fifth-round draft pick for piping in fake crowd noise at the Georgia Dome during 2013 and 2014 home games. Rodgers is also right that the Dome can be pretty noisy, and it certainly should be Sunday for its farewell football game, but how much of it is real? That’s up for interpretation, according to No. 12.

Or, maybe some of the extra noise is coming from Packers fans, who you know will be making the trip to Atlanta and making plenty of noise themselves Sunday afternoon in the Georgia Dome. But that’s of course not fake noise, it’s just Atlanta being a transient city.

Leave it to Aaron Rodgers to gently barb Falcons fans about the noise in their stadium. We’ll see how they respond on Sunday.