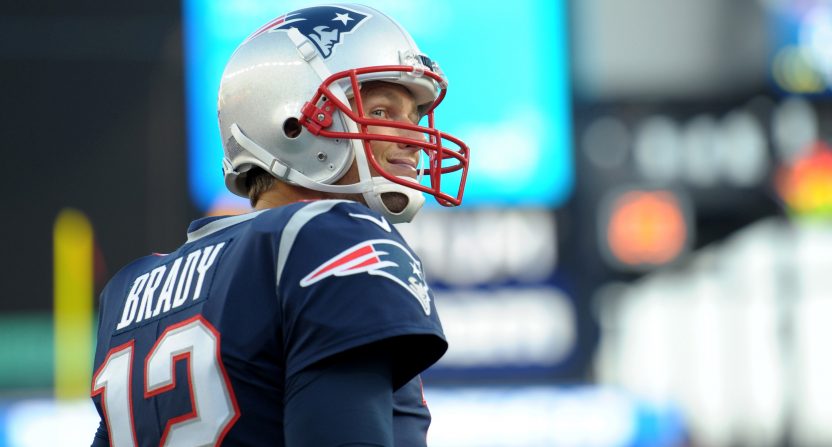 In 2018, the New England Patriots will be attempting to win their 10th-straight AFC East title and their 15th since 2003. Year after year, the Patriots continue find a way to remain atop the AFC East.

However, winning the division this season may be a little more challenging for New England than in years past. The Buffalo Bills are coming off a playoff appearance in 2017, the New York Jets appear to be a team on the rise, and the Miami Dolphins have given the Patriots a tough matchup during their recent showdowns.

But honestly, until New England parts ways with quarterback Tom Brady or head coach Bill Belichick, their reign of the AFC East doesn’t appear anywhere close to the end.

So even if the Patriots are already the assumed division winner, will any of the four teams from the AFC East win more games in 2018 than the amount they ended with last season?

It’s always a great idea for a team to trade their starting quarterback a season after making the playoffs for the first time in 17 years. Not really, but that’s what the Bills thought was best for their team and now they get to pick a new starter from a group that includes an interception machine (Nathan Peterman), an unproven backup (A.J. McCarron), and an incredibly raw rookie (Josh Allen).

Head coach Sean McDermott appears to have Buffalo heading in the right direction, but a second-straight trip to the postseason seems a daunting for the team in 2018. Beginning the year with five of their first seven games on the road isn’t going to make things easier either.

With a talented defense and an impressive rushing attack, the Bills should be able to hold their own against most of their opponents this season. But that uncertainly at quarterback is likely what will keep Buffalo from participating in the playoffs for the second year in a row.

2018 has a good chance to be a year Dolphins fans will end up wanting to forget.

While Miami has a group of starters that can compete with most of the teams around the NFL, their depth is full of question marks. Injuries are part of every season, so the Dolphins’ second-string players are going to see the field at some time in 2018.

Unless head coach Adam Gase is able to work some sort of magic, Miami is likely in for a long and disappointing 2018 season.

With Bill Belichick as their head coach and Tom Brady as their quarterback, the Patriots have won five Super Bowls and 15 AFC East titles since 2001. With Belichick and Brady set to return this year, there’s really no reason to believe New England won’t be left atop their division once again in 2018.

This season though, the Patriots do have a few more obstacles to overcome than normal. New England will be without wide receiver Julian Edelman for the first four games of the year due to a suspension, they still have to figure out who their starting running back is going to be, and they have to fix a defense that gave up the fourth-most yards in the NFL last year.

With all of that being said, the Patriots should still be expected to win the AFC East in 2018. A season with 11 or 12 wins seems more likely for New England this year than them winning more than 13 games.

The Jets were a bit of a surprise last season in that they actually didn’t lose every game. New York still only finished with five wins, but they’re a young team that appears to be heading in the right direction.

Ending up in the playoffs is something that still might not happen for the Jets in 2018, but they should at least present a tougher matchup for their opponents than the team they had a year ago. Figuring out who their starting quarterback for the upcoming season will be a big key to the team’s success.

Currently, it’s a three-way battle between Josh McCown, Sam Darnold, and Teddy Bridgewater. New York reportedly wants to begin the year with Darnold starting under center, but is that really their best option?

If the Jets are truly trying to make a push at the playoffs in 2018, starting a veteran quarterback like Bridgewater or McCown seems like the better decision to make instead of selecting a 21-year-old rookie signal caller to lead the offense.