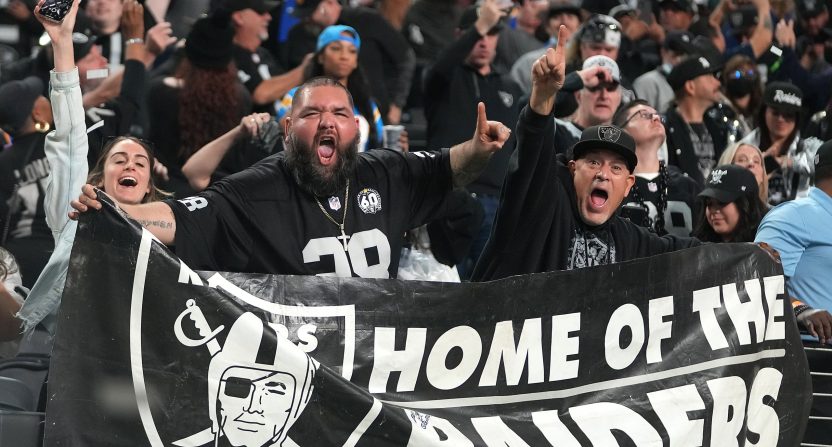 If there’s any trend that has become apparent during the NFL offseason, it’s that the AFC West is going to be an absolute buzzsaw next season.

The Kansas City Chiefs, who have gone to two Super Bowls in three years, return their high-powered offense and aren’t expected to fall off much, though their signing of Justin Reid signals a desire to upgrade their defense.

The Denver Broncos traded for Russell Wilson to give themselves a star quarterback that can go toe-to-toe with Patrick Mahomes and Justin Herbert.

The Los Angeles Chargers traded for Khalil Mack and signed J.C. Jackson, who will join Joey Bosa on their downright scary defense. They also extended receiver Mike Williams, keeping a significant playmaker in the blue and yellow.

The Las Vegas Raiders stocked up on defense in recent days, signing Chandler Jones and trading for Rock Ya-Sin, both of whom join an already solid defense.

The Raiders then went and took things to another level on Thursday when they traded for wide receiver Davante Adams, reunited him with former Fresno State teammate, quarterback Derek Carr.

It’s one thing to say that the other teams in the division want to keep up with the Chiefs. But given the way that each of these teams has been stockpiling talent in the last few weeks, you could make a case that each of them is trying to position themselves to win a Super Bowl right now. And that’s a very enticing situation for NFL fans tuning in as these four teams play one another twice next year.

In the meantime, the wild offseason has led many in the NFL world to react strongly to what’s going on in the AFC West and what we have to look forward to.

the rest of the NFL looking at the AFC West pic.twitter.com/B6zDDUzHNA

The AFC West should be illegal

The entire AFC West has clinched a 2022 playoff berth.

As for the Raiders: Dave Ziegler and Josh McDaniels are getting after it, and it's exciting to see. In a division with Mahomes, Russell and Herbert, the Raiders are legit contenders. Explosive offense and two beasts on the edge. The AFC West is NUTS.

Top-to-bottom, the AFC West right now is the greatest division in NFL history.

If the NFL schedule makers are smart, they’ll make sure there’s an AFC West game in primetime most weeks next season.