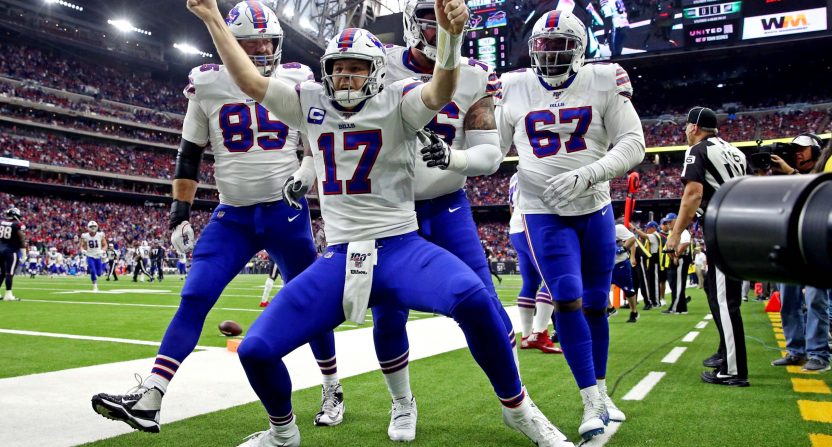 Fans of the Bills, Dolphins, and Jets woke up on Tuesday morning to welcome news. None of these teams signed anybody but it sure felt like they did. Those fans learned that Tom Brady was leaving the Patriots.

Tom Brady and the New England Patriots have had a stranglehold on the AFC East for the past 20 years. During this time, the Patriots won the AFC East in 17 of those 20 years and in two of those years they didn’t, Brady wasn’t playing. In 2000, he was a backup and the Pats finished last and then in 2008, he tore his ACL in Week 1. And the Patriots still finished 11-5 in 2008.

The other AFC East teams defeated the Patriots every once in a while but usually, the Patriots would win the division and take five or six wins from their rivals. Now, there’s potential for revenge and these teams have been waiting for this opportunity for a long time.

Take a look at the Buffalo Bills. Despite not winning a playoff game since 1995, the Bills are peaking at the right time and have made the playoffs in two of the past three seasons. The Bills are close. You can argue they got screwed in the Wild Card game against the Texans and then who knows what might’ve been. I really like Josh Allen, he’s someone who’s going to develop into a great quarterback and despite giving up a bunch of picks for Stefon Diggs, the Bills smell blood in the water and are going for it.

The Dolphins are more long-term but they’re on the upturn and can make it as long as they don’t panic. Ryan Fitzpatrick isn’t a long-term solution and I’m not sure Josh Rosen is the answer either but this is a good, young team and Brian Flores has an inventive mind who can really get everything out of these players. It might take a few years before they take advantage but they can certainly improve.

And then there’s the Jets… Well, with Adam Gase, the Jets improved to 7-9 and won six of their last eight games in 2019. Sam Darnold seems good and the defense has promise. And that’s probably the most optimistic I can be. It’s still the Jets and the Jets need work; you can’t really spin this into a positive. At least they don’t have to play Brady twice a year anymore.

There is another realistic possibility. Even though Brady is gone, it’s not like it’s a guarantee the Patriots will be a four win team. Yeah, they need some work but Bill Belichick is still in charge. And when you look at it, the Bills are probably the only team who can realistically replace the Patriots at the top of the division in 2020 so they got a shot. And if worse comes to worse, given it’s possible that an 8-8 or a 9-7 team can make the playoffs (especially now with a seventh team), the Patriots can still make the playoffs.

So there you go. While the Bills, Dolphins, and Jets see a brighter horizon for the 2020 season, the Patriots aren’t done yet. What we know is that the AFC East suddenly became a lot more competitive which hasn’t been seen since the days when the Colts were in the division. It should be an interesting story to follow in the months ahead.