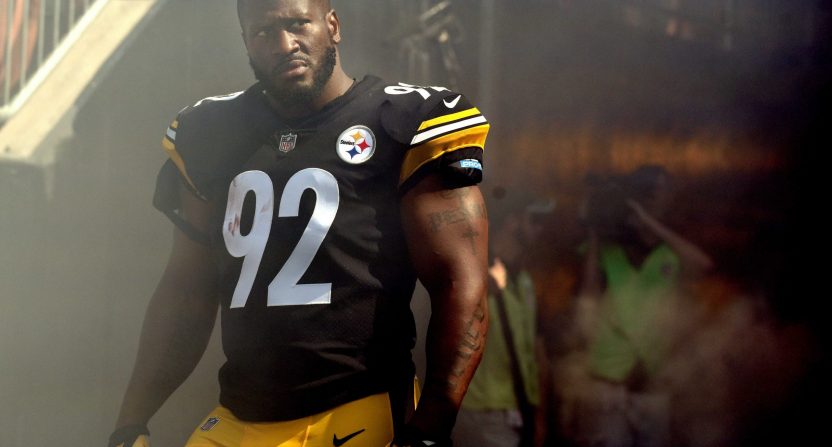 James Harrison was the kind of football player that elicited a reaction from all fans. He was one of those players who was either very physical if he was on your team or incredibly dirty if he was against your team. After football, Harrison got into various things both in and out of the sport, and one of those things has been acting.

In an interview with Uproxx, Harrison revealed he got into acting because of The Fast and the Furious and witnessing Vin Diesel acting in the movie.

“I’m in a series right now, it’s called Heels. It’s actually going to be a new series that will be on Starz. So, I’m in Atlanta actually filming that right now. Acting has been something that I wanted to get into after seeing The Fast and Furious. And I’m like “I could do what Vin Diesel is doing.” So, that’s what made me really feel like I could do it. I mean the acting thing, I mean, I’ve been acting since I was a little kid. You know, everybody tell lies, so I just thought I was a little better at it than them (laughs).”

I’m not sure that’s supposed to be a compliment to Vin Diesel or an insult, but at least he inspired Harrison to get into acting.

Harrison’s show, Heels, is a show about two brothers who are in pro wrestling and are wrestling for their late father’s local promotion. One brother is a heel (bad guy) and the other is a face (good guy) and they’re against each other both in and out of the ring. Harrison plays one of the other wrestlers.

Quite frankly, pro wrestler probably would’ve been the thing I would’ve expected Harrison to take part in. If his football career was any indication, he loved inflicting pain on anyone and everyone and that’s a big part of pro wrestling. Maybe if that’s the case, he can have a chat with Rob Gronkowski or Pat McAfee about being one.