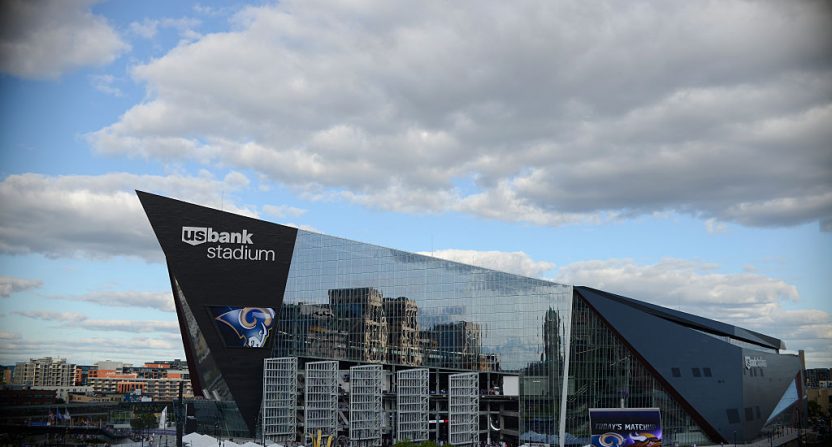 The Minnesota Vikings have a history of letting down their fans. From going 0-4 in Super Bowls to Gary Anderson to Blair Walsh, it’s kinda been a thing for decades. Last year, the Vikings pulled off a miracle against the Saints and came so close to becoming the first team to play the Super Bowl in their home stadium, but got blown out by the Philadelphia Eagles in the NFC Championship game.

This year, the Vikings signed Kirk Cousins to a fully guaranteed contract, which was a huge risk at the time. It appears that in the aftermath of that contract, the team has gone back a step or two. At 6-6-1, the Vikings are falling behind in a competitive NFC and after a particularly demoralizing beatdown by the Seattle Seahawks on Monday Night Football, a fan decided he had enough.

A Vikings fan took to Craigslist and put U.S. Bank Stadium up for sale. The “lightly used” stadium was listed at $1 billion and you also get Cousins as part of the deal.

The ad has since been taken down for obvious reasons, but KSFY got a screenshot of the ad.

“For Sale: Lightly used $1,000,000,000 stadium. Occupant has been a team that only has success in breaking the hearts of the fans. Long history of collecting talent with no ideas on how to use them.”

“Included: $84 million QB who can’t win against teams with winning records, and is 0-7 on MNF. A league record!”

“All reasonable offers considered. Will even entertain ideas to convert to a homeless shelter, as there is a greater chance of one of those folk becoming a success.”

That would be one exquisite homeless shelter but alas, the Vikings will keep their stadium when they play the Dolphins this week.