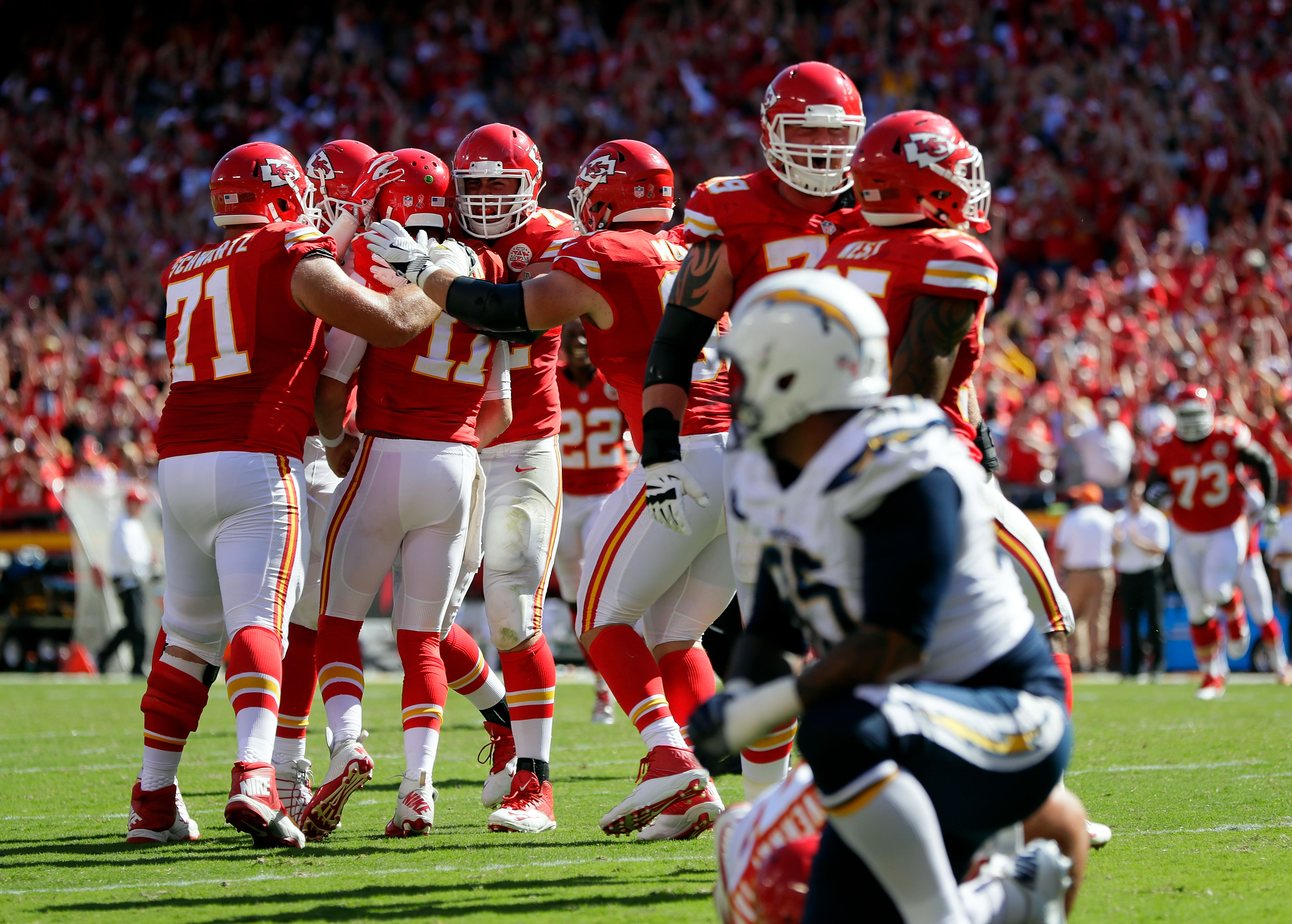 For the Kansas City Chiefs, particularly in the Andy Reid and Alex Smith era, two things have been the team’s calling card: a strong defense and an effective, efficient offense that begins with the run game.

However, the 2016 season — admittedly only a week old — has already been different for the team. Defense is currently not the team’s centerpiece, and though the run game proved crucial in their 33-27 Week 1 overtime win over the San Diego Chargers, an 82-yard rushing output is a far cry from the 127.8 rushing yards the Chiefs averaged a year ago.

The question is whether what we saw on Sunday is a new Chiefs identity, and if so, whether it is sustainable. The AFC West is already shaping up to be a battleground division, with all four teams proving capable of piling up the offensive yards and scoring multiple touchdowns. Kansas City remaining offense-first could prove to be challenging.

The Chiefs gave up 388 yards of offense to the Chargers in Week 1, 233 via the pass and 155 via the run. The defense generated no turnovers, and sacked San Diego quarterback Philip Rivers only once, with three additional hits. That’s quite different than a year ago, particularly against the run, when the Chiefs allowed an average of 98.2 yards per game. They also allowed just 17.9 points per game to their opponents in 2015, nearly 10 fewer than the Chargers scored on them on Sunday. Yet the Chiefs still won, because of a very un-Chiefs reason: They leaned on their passing game.

In order to keep pace with a Chargers offense that the Chiefs were struggling to contain, they turned to the arm of quarterback Alex Smith, who completed 34 of his 48 pass attempts for 363 yards, two scores, and an interception. His attempts were higher than in any game during last year’s 11-win season and his yardage was just 23 shy of his top number a season ago (in a 45-31 loss to the Cincinnati Bengals, it should be noted). Never a high-volume passer regardless of the situation and never the main focus of the offense, suddenly Smith was putting the team on his back, using his arm to set up the run game that produced only short-yardage scores (Smith being the second, with a two-yard run for a score to seal the overtime victory).

Trying to maintain this will be tricky, if only because it is new territory for the Chiefs and for Smith, who has been pegged as a game-manager (a term that this particular columnist does not find to be insulting). If the Spencer Ware/Charcandrick West running back tandem isn’t quite as productive as a season ago, and if the defense just isn’t as fearsome as its 47-sack 2015 performance, suddenly Smith takes a bigger share of the spotlight. How well this can work will be tested mightily in the weeks to come. Their next five games are a tough stretch, beginning with a road game against the Houston Texans in Week 2, followed by a home game against the New York Jets, then two road contests — first the Pittsburgh Steelers and then the Oakland Raiders — and finally wrapping with a home game against the New Orleans Saints. 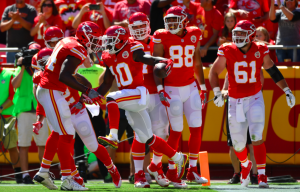 The trouble on defense stems from the absence of top pass-rusher Justin Houston, who underwent surgery to repair his ACL in February and won’t be back until November. Houston’s 7.5 sacks over 11 games were paltry compared to the 22 he totaled in 2014, but his absence affects the efficacy of the Chiefs’ pass-rush as a whole. Without him, the defense is leaning on Frank Zombo, Dee Ford, Tamba Hali and Dadi Nicolas. Hali, Ford and Zombo combined for 13.5 sacks a year ago, but pass-rush is a dance, and Houston’s presence helps these players affect the quarterback and vice versa. Missing this important component against the explosive opposing offenses that are ahead for the Chiefs means there could continue to be a reliance on the offense — and passing offense, in particular — to pick up the remaining slack.

Losing cornerback Sean Smith in free agency is also a blow to the Chiefs’ defense. Playing on the other side of 2015 Defensive Rookie of the Year Marcus Peters presented Smith with opportunities to make plays last year, including two interceptions and 12 passes defensed. This year, it is 2014 third-rounder Phillip Gaines on the other side of Peters. The Chargers game was just his ninth career NFL start and he had no passes defensed nor turnovers while making four tackles. This is a defensive downgrade that also allows for opposing quarterbacks to more easily do their jobs — and another reason why a more pass-heavy approach could remain necessary for Smith and the offense for the next few weeks.

In one sense, this micro-sample of a new-look Chiefs approach appears to be a good thing, in that Smith and the passing game has proven capable of carrying the team — something that has been considered nearly impossible for years. But at the same time, this is relatively uncharted territory for the club, so it’s hard to tell if this can be sustained, especially given the upcoming opponents, most of which should be more trouble to dispatch than the Chargers were on Sunday. Necessity — in this case, the step backward on defense — is the mother of invention though. Perhaps the Chiefs have invented a new way to win games and thus a new way of maintaining a position of power in the tough AFC West.