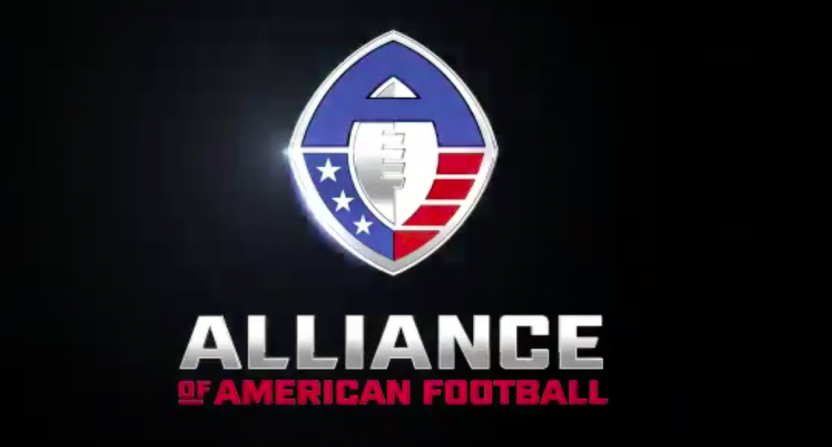 Super Bowl LIII probably didn’t leave you too excited about watching more football for a while. But that’s not going to stop the Alliance of American Football from launching their inaugural season this weekend. One of two upstart pro football leagues that sprang up in the wake of the NFL’s rating slippage and escalating PR nightmares, the AAF has set itself up to either secure a spot in the popular culture as a decent solution to the doldrums of the NFL offseason or as the first of these leagues to get shown the door when America reminds us that there is a limit to its love of football.Thanks to all that Super Bowl hype and the impending arrival of both leagues, it stands to reason you might not be up to speed on everything you need to know before Saturday. So allow us to help you out…https://twitter.com/TheAAF/status/1092137635408109568

Wait, Which Football League Is This?

The Alliance of American Football (AAF or The Alliance) is the pro football league founded by Charlie Ebersol (son of Dick) and Bill Polian (Pro Football Hall of Fame NFL executive). It’s separate from the XFL, which you probably remember from its initial run, and for its owner, WWE Chairman Vince McMahon. The AAF not only has a leg up because it’s getting started first but also because of the pedigree of those involved. Some of the other people overseeing the league include Troy Polamalu, Hines Ward, Justin Tuck, and XFL co-founder Dick Ebersol.https://twitter.com/ItsVinceQuinn/status/1092939172363538432

Who Are The Teams?

The AAF decided to go with an eight-team setup for their first season. One way the league might have put itself in a better situation than the XFL is the way it went about picking its sites. Every team except for one is located at or south of the 35th parallel, occupying space that the NFL currently doesn’t. Some of these areas are fertile football ground thanks to strong college contingents and some are cities that used to have an NFL team or have been clamoring for one for some time.The Eastern Conference consists of the Atlanta Legends, Birmingham Iron, Memphis Express, and the Orlando Apollos. Meanwhile, the Western Conference includes Arizona Hotshots, the Salt Lake Stallions, the San Antonio Commanders, and the San Diego Fleet. For the most part, the selections create some decent potential for regional rivalries (if things get that far).https://www.youtube.com/watch?v=iDxO_eFKltU

Who Are The Coaches?

One of the big takeaways from the original XFL run was that fans lost interest quickly when they didn’t really care about any of the people involved. There’s only so much mediocre football viewers can stand without a personality to latch onto. That’s where the AAF really got smart and invested in a solid group of head coaches, almost all of whom bring name recognition and a modicum of reputation with them.Steve Spurrier (Orlando) is the big name on the East, although former 49ers head coach Mike Singletary (Memphis) brings an NFL pedigree with him. In the West, all four coaches are well-known for their previous experience running college and football programs. They include Rick Neuheisel (Arizona), Dennis Erickson (Salt Lake), Mike Riley (San Antonio), and Mike Martz (San Diego).

Who Are The Players?

Are The Rules The Same?

Not entirely. Certainly, the AAF will be playing the football you know and love, but they’ve got some of their own rules meant to juice scoring and cut down on inefficiencies. They include:

When Does The Season Start?

This Saturday! The AAF is playing a 10-week, 40-game season that will play out mostly on Saturdays and Sundays (with a few Friday night games).  The season culminates at the end of April and the top two teams in each conference will make the playoffs. The winners of those conferences advance to the championship game on Saturday, April 27th in Las Vegas.https://twitter.com/TheAAF/status/1092831508430090241

How Do I Watch?

The very first game in AAF history will be broadcast on CBS. Head there Saturday at 8 p.m. ET to watch the San Antonio Commanders host the San Diego Fleet in the Alamodome while the Atlanta Legends visit the Orlando Apollos at Spectrum Stadium. Coverage will likely shift back and forth between the two games throughout the broadcast.If you like what you see, tune in Sunday to CBS Sports Network at 4 p.m. ET to watch the Memphis Express battle the Birmingham Iron at Legion Field. Then head to NFL Network to watch the Salt Lake Stallions take on the Arizona Hotshots in Sun Devil Stadium at 8 p.m. ET.As for all the ways you can watch AAF games all season long:

How Do I Listen?

Each AAF team has its own flagship radio station so if you’re in the car and can’t get to a TV or open your phone, see if you can get these local affiliates on the dial:

Should I Get Invested In This Or What?

So here’s the thing. Starting a brand new professional sports league is a curious endeavor in the best of times. Based on history, your ceiling is that you will eventually merge with or get swallowed up by the traditional league in your space (AFL, ABA, WHA). But the odds say that you’re probably doomed (USFL, WFL, XFL 1.0). The middle option is that you set yourself up as a realistic option as a feeder league for the more prominent pro league. Think the CBA before the G-League came around or NFL Europe.That last option feels like the most likely scenario for success for a league like this. What we do know is that there’s no way both the AAF and XFL will be successful, at least in the traditional sense. One of three things is probably going to happen. First, they could both fold. Second, they could merge and pool their resources. Third, one of them will establish inroads as the NFL’s preferred “farm system” and the other one will fail because no one cares.So perhaps it might be worth checking out, if for no other reason than curiosity. And if you’re really jonesing for some football, at least you’ve got an interesting option now between February and April.