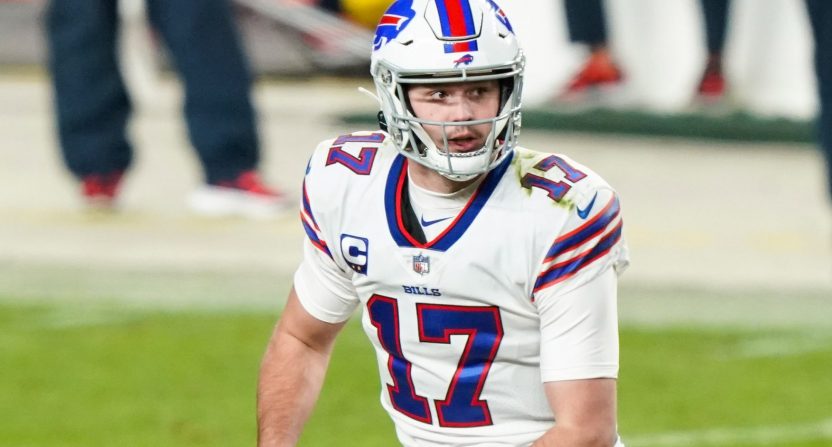 The NFL postseason — which for the first time ever will contain 14 teams — gets underway in just over two weeks. What might the six wild-card matchups look like? Here’s a preview of the matchups based on every favorite winning in Weeks 16 and 17.

(7) Baltimore Ravens at (2) Buffalo Bills: Baltimore is rolling now and should crush the New York Giants and Cincinnati Bengals to wrap up a playoff spot, but that still might not be enough to avoid a matchup with the equally hot Bills. Buffalo will be hosting its first playoff game of the 21st century, but Bills Stadium will be far from full for a fun matchup between two young phenomenal quarterbacks from the first round of the 2018 draft.

(6) Tennessee Titans at (3) Cleveland Browns: Ryan Tannehill and Derrick Henry against Baker Mayfield and Nick Chubb? This would be awesome. But this one would still require the Indianapolis Colts and Browns to leapfrog the Titans and Pittsburgh Steelers in their respective divisions. We expect that to happen with Indy beating Pittsburgh and the Jacksonville Jaguars, Tennessee losing to the Green Bay Packers before beating the Houston Texans, and Cleveland beating the Steelers in Ohio in Week 17. Right now, all five of those results appear more likely than not to occur. If that’s how it plays out, the Bills and Browns would host playoff games in the same year for the first time since 1988.

(5) Pittsburgh Steelers at (4) Indianapolis Colts: Pittsburgh is spiraling fast, while the Colts look strong. Indy has become favored to beat the Steelers on the road in Week 16, which could position them to host Pittsburgh on wild-card weekend. That would also mean a pretty cool matchup between 38-year-old Ben Roethlisberger and 39-year-old Philip Rivers, both of whom were selected in the first round of the 2004 NFL Draft. Plus, this would provide us with some wicked throwbacks to the Nick Harper game.

(7) Arizona Cardinals at (2) New Orleans Saints: 23-year-old Kyler Murray vs. almost-42-year-old Drew Brees is awesome, as is a matchup containing DeAndre Hopkins and Michael Thomas. The Saints would be heavily favored, but they’ve laid eggs in several consecutive postseasons, so who knows.

(6) Los Angeles Rams at (3) Seattle Seahawks: This could go down in L.A. if the Rams beat the Seahawks this weekend and hang on to win the NFC West, but the Seahawks are favored to beat the Rams at home to clinch the division, which would almost certainly send Los Angeles to the sixth or seventh spot regardless of what happens in Week 17. Regardless, this has become an intriguing rivalry and would be one of the most enticing matchups of wild-card weekend.

(5) Tampa Bay Buccaneers at (4) Washington Football Team: Washington is very likely to win the NFC East, while Tampa Bay is extremely unlikely to overtake the Saints in the South, which probably means these two are on a collision course. The WFT might not move the needle a whole lot, but Tom Brady in a playoff game representing somebody other than New England is pretty wild, and that stacked Washington defensive front could give him fits. We’ve all seen what happens when Brady meets NFC East teams in the postseason.