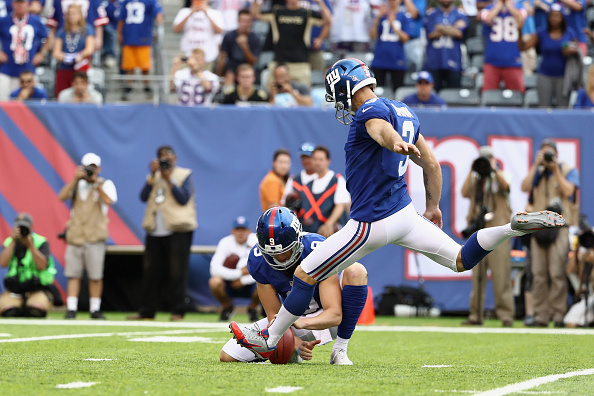 This whole Josh Brown mess is, well, a mess. A disgusting, unnecessary, and all around icky mess.

As has become the norm for these cases, Roger Goodell and the rest of league office’s handling of Brown’s punishment has come under fire for being stupid.

And now it’s not just fans and media types who have expressed disgust with how the league. According to a report from Jason La Canfora, other teams are privately sharing their disagreement.

Executives from several other clubs have voiced their displeasure privately about how the Giants and the NFL handled this case, noting what they believe is a cozy relationship between the Giants and commissioner Roger Goodell and speculating as to whether Brown’s small suspension was an indication of that. League officials dispute that notion strongly, and an NFL source was adamant that Goodell had no discussions with Giants officials about Brown’s investigation while it was ongoing. Regardless, it has presented a perception problem for the league.

The league is adamant that it pushed hard on multiple fronts to receive any and all pertinent information from law enforcement before reaching its decision and ultimately made the initial ruling before the season based on the information they had. The league is not commenting on the matter until this latest review is complete, beyond a statement it released Thursday.

The note there about the Giants enjoying “favored franchise” status with Goodell in office is not to be taken lightly. That’s long been a perception, and the Mara family has long carried themselves with an air of moral superiority that has been unearned at best and hypocritical at worst.

Now, with John Mara under fire for keeping Brown on the roster despite knowing of his spousal abuse, and Roger Goodell under fire for a typically lax punishment of domestic violence, there’s no question that the teams around the league who are a bit tired of the league’s tight relationship with the Giants were going to make some noise.

As they should, frankly.