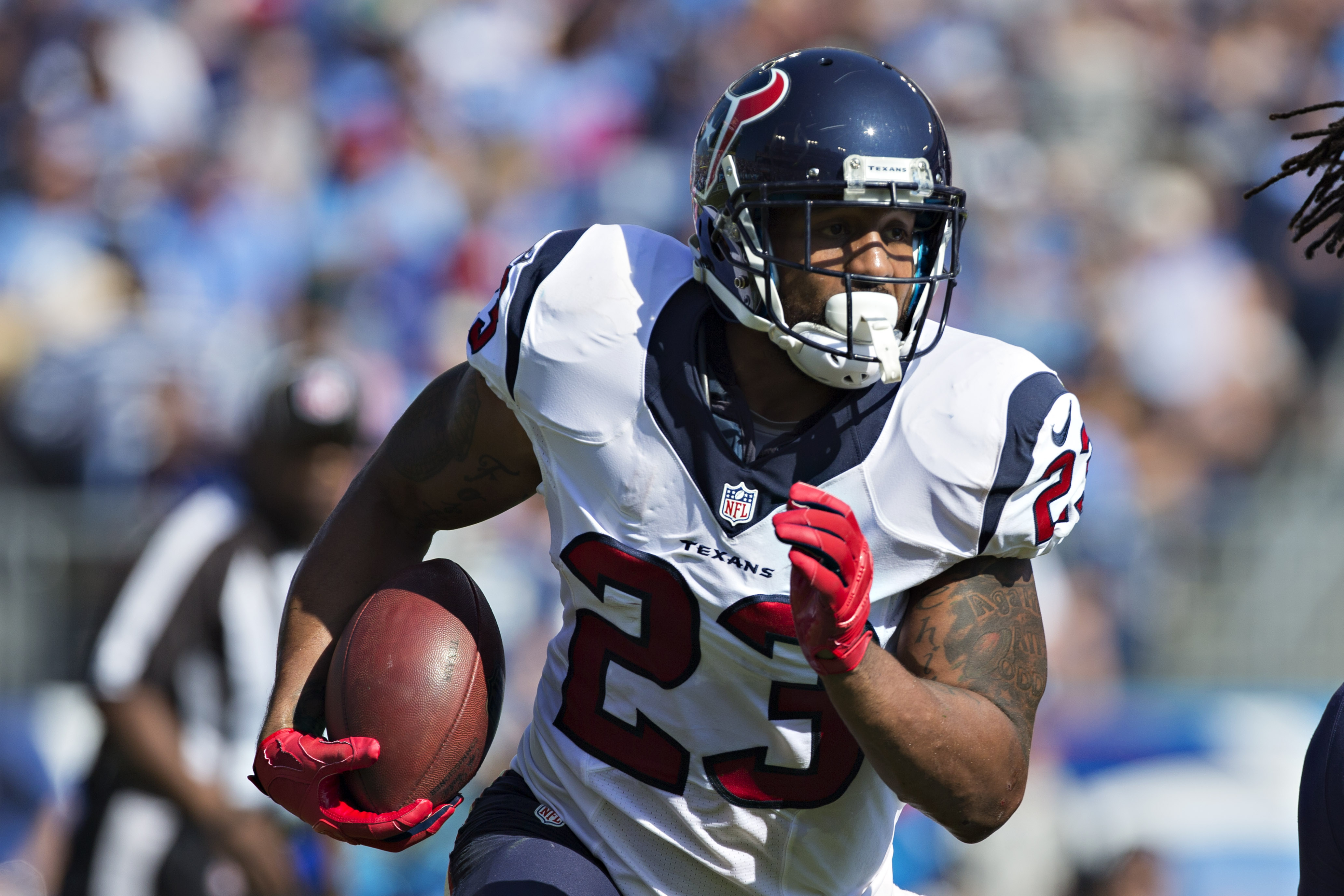 Arian Foster is the greatest running back in Houston Texans history, but like his compatriot Matt Forte in Chicago, he’s expected to be cut from his team because of his issues rehabbing from soft-tissue injuries. His outlook on the game he has given so much to has now changed as a result.

“I watch zero football. I swear,” Foster recently told actor Michael Rapaport in a podcast, via the Houston Chronicle.

“Of course, I used to be a super fan growing up. Once you see the business side, you see it differently. I’m pondering entering the last couple, 3-4 years of my career and I’m thinking about what life will be like after football and I’m looking at the game differently. I look at it more like, ‘I hope these guys come out healthy because they’ve got families.’ It’s not just entertainment to me any more. I see the men and the humans behind it. It’s a vantage point that not a lot of people get to see. I still do enjoy the game. I love it, but it’s just hard for me to watch it from a fan perspective.”

Foster wasn’t too kind to the apparent double standards with owners and players when there isn’t any consternation when players ask for more money when they outperform their contracts but owners are allowed to tear up underperforming players’ contracts whenever the moment is right.

“He’s doing what is best for him and his family,” Foster said of the player who asks for more. “It’s a business move. People don’t think about that. They don’t look at you as a human anymore once you make a certain amount of money.”

Foster has every right to look at the business side of the game with a closer eye, as do all players as they approach the twilight of their career. But then his comments about Thursday night games do seem contradictory in one way.

“I don’t want it to sound like I’m complaining,” Foster said. “I’m not complaining, I love what I do. I’m very . . . I don’t want to say privileged because that’s disrespectful to the work I’ve put in and everybody else put in, but I’m just very grateful for the opportunity to play in the NFL.”

With his time in Houston seemingly up, it remains to be seen whether another team will give him the same opportunities he had with the Texans.