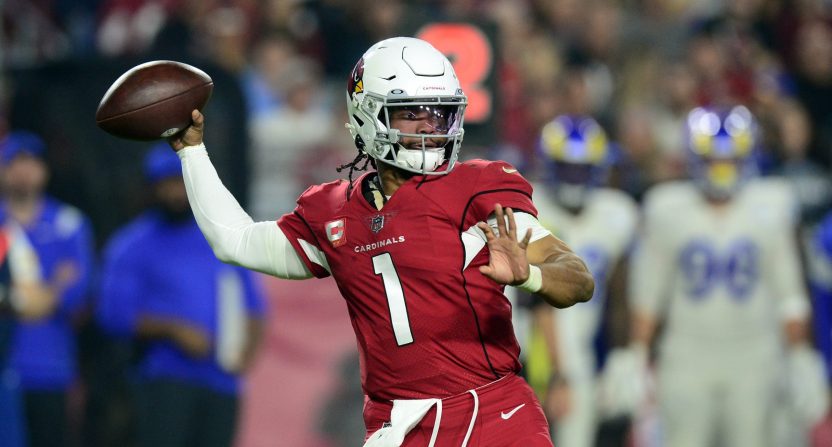 A few days after Kyler Murray signed a $230.5 million contract extension with the Arizona Cardinals, a strange clause from the contract was made public.

A clause was included in Murray’s contract which requires that he complete four hours of “independent study” (film study, etc) per game week.

Contracts are about give-and-take. One example from #AZCardinals QB Kyler Murray’s $230.5M contract: There is an addendum that requires 4 hours of “independent study” per game week. It was important to the team making a commitment at that level, thus it was important to Murray. pic.twitter.com/VqrkvoBQLJ

The “independent study” clause was heavily mocked (mainly people laughing at the idea that the Cardinals would have to tell this to a quarterback they deem worth paying $230.5 million).

Well, Murray then made a surprise media appearance on Thursday morning, calling the criticism “disrespectful” and “almost a joke.”

And then on Thursday night, NFL Network’s Ian Rapoport reported that the Cardinals removed the “independent study” clause from the contract, which apparently happened on Wednesday.

The Cardinals went on to release a statement:

This whole thing is a pretty comical spectacle.

The news of the “independent study” clause removal only *increased* the jokes on social media. Here’s a look at the reaction from NFL fans:

That language should’ve never been in there in the first place when the position itself demands just that 🤦🏾 https://t.co/bSmDFaLADU

Tomorrow on @gmfb Oh man, got some thoughts. https://t.co/JOhRp6IJhw

Twitter jokes making a difference in the world https://t.co/wYUdm3ECwl

Kyler Murray is happy to announce he will now be playing a dozen online FIFA games tonight instead of only eight https://t.co/ucyKFgX64D

Cardinals running a pretty smooth ship out there https://t.co/G11Ba5SCYo

we’ve reached the Galaxy Brain portion of the exercise https://t.co/eCLE4ssjni

The Cardinals are that parent that threatens to take away their kid's screen time and then gives in like 10 minutes later. https://t.co/Ft8OHmIbZA

this is absolutely the best tweet about the kyler murray situation pic.twitter.com/mF3gxkCFE1

Oh cool, I guess we can forget the part where you publicly humiliated your quarterback now. https://t.co/tKhx3df9I8