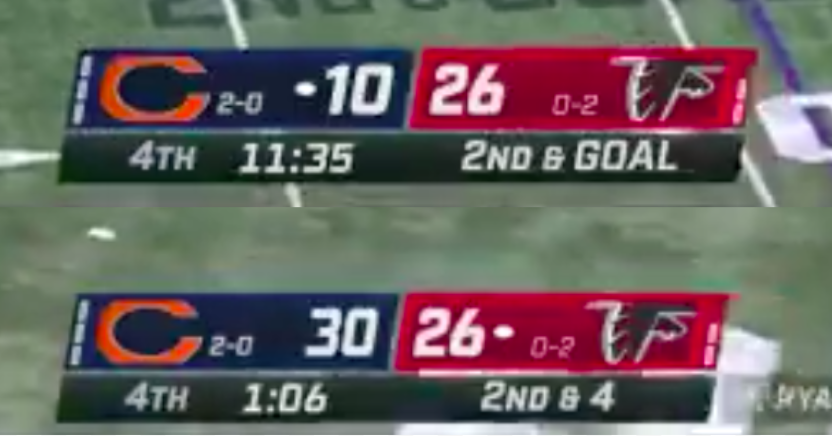 The Atlanta Falcons have a long history that dates back to 1965 and includes 14 playoffs berths and two Super Bowl appearances. But if you were to ask a random cross-section of NFL fans what their “brand” is, you’d probably get a fairly common stance:

the Atlanta Falcons franchise in a GIF pic.twitter.com/TXkDh0dAKa

Most of this sentiment can be traced back to Super Bowl LI, where the Falcons infamously blew a 28-3 lead and eventually lost in overtime to the New England Patriots. Not only did they blow the biggest lead in Super Bowl history, but they also did so by 15 points more than the next-biggest one. “The Atlanta Falcons blew a 28-3 lead” is a statement of fact that the franchise will probably never live down until they eventually win a Super Bowl.

So ingrained has this notion become that when the franchise wished owner Arthur Blank a very happy birthday this morning, the first comment was about this and, apparently, a harbinger of what was to come.

Of course, the Falcons came into today’s game with the Chicago Bears on the heels of another epic collapse. Just last week, the team blew a 20-point lead against the Dallas Cowboys following three Dak Prescott rushing touchdowns and an onside kick, eventually losing in a finish that would have defied logic if not for the fact that it was happening to Atlanta.

The Dallas Cowboys won on a last second field goal.

All of which brings us to this Sunday when the Falcons found themselves in the worst possible position…leading the Bears 26-10 at the end of the third quarter. For pretty much every other NFL franchise, that’d be smooth sailing into the fourth quarter, especially as the Bears’ offense sputtered so much that Mitch Trubisky’s eventual benching finally happened.

However, with a little under seven minutes left, the Bears remembered they were playing the Falcons, and set about making good on that. Nick Foles, who replaced Trubisky, found Jimmy Graham for a three-yard touchdown pass that closed the gap to 10.

.@TheJimmyGraham's second TD of the day makes it a two-score game.

The two-point conversation failed, but the Bears got the ball back following a Falcon three-and-out. Chicago quickly marched down the field and Foles hit Allen Robinson for a 37-yard touchdown pass, followed by an extra point that made it a three-point game.

Not only did the Falcons’ offense fail them once more, but an unnecessary roughness penalty on the punt return gave the Bears the ball back in Atlanta territory. At that point, everyone knew what was going to happen and Foles completed his ascension to the starting role by leading them on a five-play drive that culminated with an Anthony Miller touchdown pass and extra point to put the Bears up 30-26.

The Falcons attempted to muster a comeback, but things ended as they were always intended to end, on a Matt Ryan interception with a little over a minute left.

Makin' it happen on BOTH sides of the ball!

The Bears simply needed to grind down the clock for their comeback, or more aptly for the Falcons’ latest collapse, to be completed.

The last time the Falcons blew a 99%+ win probability in the 4th quarter was… last week.

Over the last 20 seasons, no team has blown multiple 15-point fourth quarters leads in a single season.

The Falcons just did it in back-to-back weeks.

Some might say that you should find the Atlanta Falcons fans in your life and see if their okay, but you might end up being a better friend if you simply ask them why they keep punishing themselves like this?