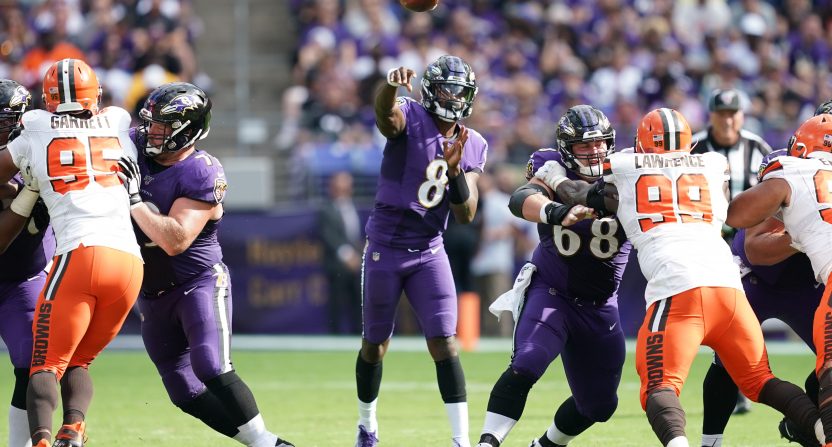 NFL teams haven’t been exactly vocal about whether or not fans will be able to attend games and that’s because no one really knows. The NFL wants as many fans there as possible for obvious financial reasons and there remain a lot of unknowns on the upcoming season, if games will be played as scheduled, or if there will even be a season.

The Baltimore Ravens became the first to set some sort of mandate on max capacity at their 2020 home games. In an email to season ticket holders, and in a public announcement, because of the COVID-19 pandemic, they will be making changes if fans are allowed to attend games. The Ravens will have a 14,000 max capacity for games at M&T Bank Stadium.

In a 71,000 seat stadium, 14,000 equates to a tick less than 20 percent capacity. Some might believe that’s still too many people in one place, and that’s fair, but it’s not like that number is set in stone. The Ravens note that 14,000 is only if they are even allowed to have fans in the first place. The only certainty is that it won’t be above 20 percent and that’s a rather sensical approach.

With just 20 percent of tickets available per game, the secondary market might be at a premium. In the economic balance between supply and demand, the supply part of that just got cut by 80 percent so demand should really go up. Considering season ticket holders have priority, and there’s only 14,000 tickets, there’s a good chance the Ravens will be able to better control where these tickets go.

If for instance, a pair of tickets winds up on StubHub and those seats are tied to a season ticket holder who is trying to profit in the secondary market, maybe that loses their place for 2021 season tickets. That’s not saying that’s definitely happening but it would be something to consider given the scarcity of ticket availability. The last thing the Ravens want is only having 14,000 people attend their games and half of the fans are wearing black and gold when the Steelers come to town.