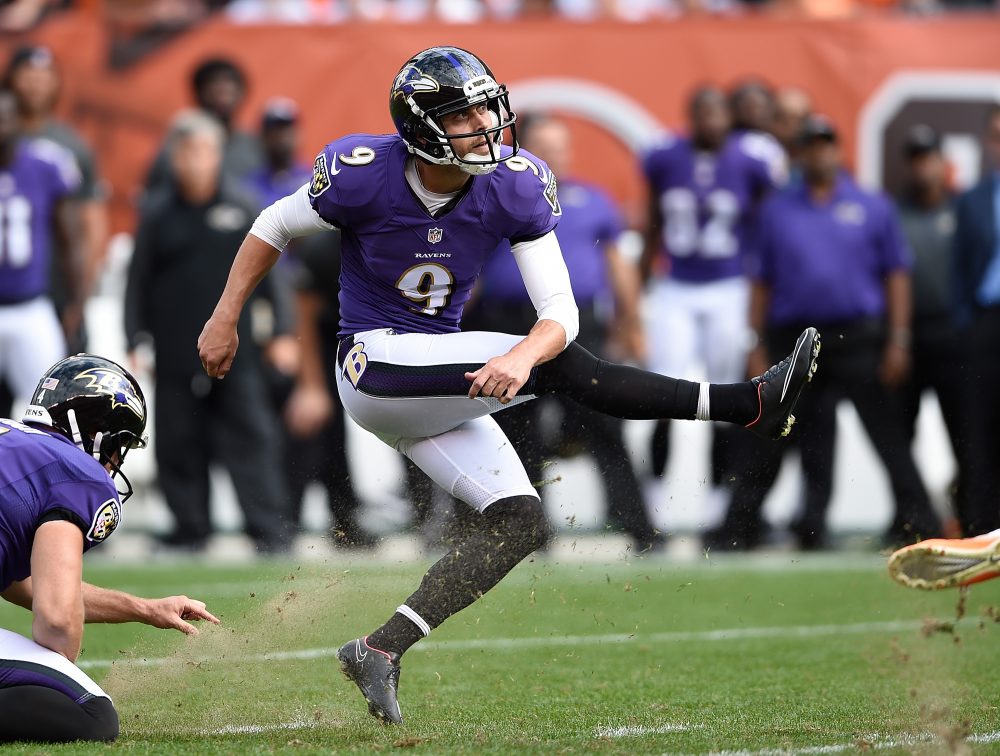 In recent years, the NFL has played around with the rules surrounding kickoffs. Most of those changes have to do with attempting to reduce injuries from returning player collisions. There are also quite a few people in the game who would love to decrease the impact of kickers in general.

Do not count the Baltimore Ravens among those interested in such things. Way back in 2016, the Ravens floated the idea of adopting a rule that gives a kicking team one point if their kickoff sails through the uprights. While that would be the equivalent of a 75-yard field goal, it’s easier to boot a kickoff that far because the ball is on a tee, no one is trying to block it, and kickers have a chance to really run up to the ball before booting it.

Of course, the Ravens just so happen to have Justin Tucker as their kicker, who is arguably the best in the league and has one of the strongest legs as well.

The league didn’t appear to be interested and it’s unclear just how far along the idea ever got. However, Tucker and the Ravens don’t give up easily and according to PFT they are back floating their one-pointer idea. Given that he’s spent the offseason booting 7o-yard field goals with ease, it’s not hard to understand why the team would be in favor of the change.

If all of this sounds a little familiar, it’s because it’s fairly close to the idea of the rouge, or single, in the Canadian Football League. If a kickoff or punt goes into an end zone in the CFL and the ball isn’t run out, that counts as one point for the kicking team. The CFL’s end zones are much bigger than the NFL’s and return teams are well-prepared to defend against giving up the single as much as possible.

That kind of rule seems as unlikely as anything because it creates more opportunities for hits and collisions, exactly what recent NFL rule changes have been trying to avoid. As for the Ravens’ idea, it’s actually not the worst idea in the world since it incentives kickers to boot it past the end zone, minimizing returns. It could also make for some thrilling last-game theatrics if the score is tied and there’s no time left on the clock.

The flip side is that plenty of NFL fans already dislike the idea of games coming down to kickers. Giving kickers even more scoring power could rub a lot of traditionalists the wrong way. It also ups the value of those kickers, which, again, traditionalists will not like. The truth is that it’s unlikely this kind of rule will pass because of that, but it doesn’t mean the Ravens won’t keep trying.