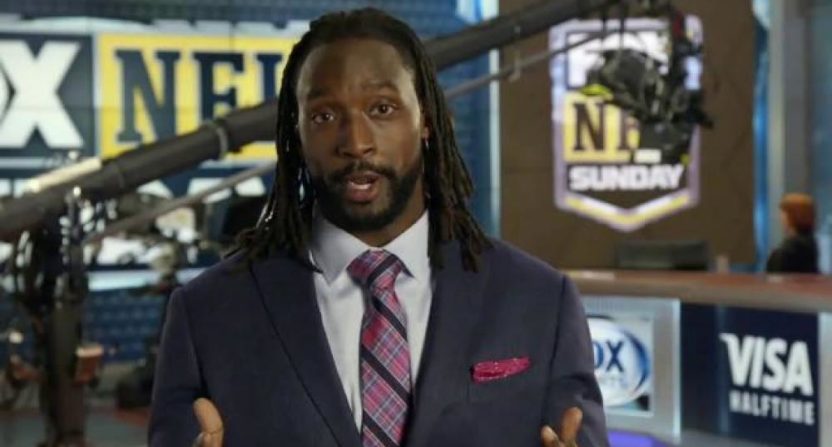 After retiring from the NFL last summer, long-time Chicago Bears’ cornerback Charles “Peanut” Tillman joined Fox Sports as a Fox NFL Kickoff panelist. Tillman didn’t return this year, though, with the show instead adding Tony Gonzalez and Michael Vick to their lineup with Charissa Thompson, Colin Cowherd and Dave Wannstedt (Cooper Manning and Josh Norman also contribute to the show), and some were wondering what he was up to. Well, as per Brad Biggs of the Chicago Tribune, Tillman is training to join the FBI:

The former Chicago Bears cornerback recently began training to join the Federal Bureau of Investigation, multiple individuals told the Tribune, including a high-ranking law enforcement source who is not authorized to speak publicly on the matter.

Tillman was drafted by the Bears in 2003 and played with them through 2014 before spending a final year with the Panthers and then joining the broadcasting world. Now, it looks like he’s off to a new career. A FBI spokesman told the Tribune that they can’t comment on personnel matters, but it sounds like Biggs has this pretty well-established. And Wannstedt told Biggs that this is in fact what Tillman’s doing. Oddly enough, it’s a career Wannstedt once contemplated as well:

Former Bears coach Dave Wannstedt, who remains a fixture on that Fox show, was aware Tillman was pursuing a job with the FBI.

“First-class,” Wannstedt said. “What a guy. Charles Tillman is as good as they come and I had a great time working with him.”

Coincidentally, Wannstedt was considering a career with the FBI after he graduated from Pitt. He was a low-level assistant at his alma mater and wasn’t sure coaching was for him. One day after playing racquetball with Jimmy Johnson in 1979, they went to a restaurant in Pittsburgh, and Johnson put Wannstedt on a course for a lifetime in football.

“I wasn’t sure about this coaching thing or what I was going to do and the FBI, I actually met with a couple people and interviewed and I was probably going to take the test and take the next step if I didn’t get into coaching,” Wannstedt said. “We were having a beer and Jimmy talked about coming with him to Oklahoma State and why he thought I should do it. … He really was the one that convinced me.

Coaching worked out pretty well for Wannstedt, who was a long-time successful assistant in the college and pro ranks and then had head coaching stints with the Bears, Dolphins, and Pitt before returning to the NFL assistant ranks and then joining the broadcasting world. But that law enforcement path is certainly an interesting one, too, especially at the FBI level. And it sounds like Tillman is well on track for success there.