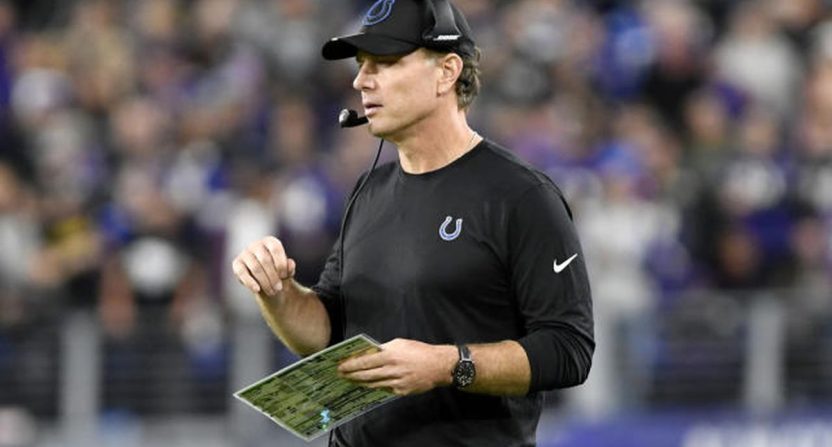 After a disappointing 6-11 season for the Chicago Bears, there had to be changes in store for the front office and locker room of the organization going forward.

On Tuesday, the Bears hired their new general manager, Ryan Poles. And two days later, they have their new head coach.

ESPN’s Adam Schefter was the first to report that the Bears have hired Indianapolis Colts Matt Eberflus to be the head coach.

Former Colts’ defensive coordinator Matt Eberflus is being hired as the head coach of the Chicago Bears, per sources.

The news has been confirmed by NFL Network’s Ian Rapoport.

From NFL Now: The #Bears are hiring Matt Eberflus as their new head coach. pic.twitter.com/Aj3uvkib89

Here are some reactions around the NFL world on the Bears’ head-coaching hire:

Reminds me a little of Saleh hire last year

Feel really good about Eberflus specifically but so much of it working out is based on the offensive staff he hires to develop Fields https://t.co/MqpCknz4jb

As Eberflus began this interview cycle, I asked defensive players to describe his strengths as a coach.

One veteran Colt noting Eberflus' attention to detail and the accountability he expects.

"He wants you to be the best version of yourself for the team." https://t.co/FeqFUsbD45

.@MarkMosesShow Didn't the #Bears just hire their new GM yesterday? May be the fastest #NFL coaching search in history.🤷‍♂️😉 https://t.co/u3xjxADFha

bringing in a defensive guy for Justin Fields… don’t love it! https://t.co/ReoSY0AupS

None of the three finalists were particularly exciting, but I preferred Eberflus of the three.

The biggest thing here is the staff, and especially on offense. Ultimately, the next several years will all be about Justin Fields and his development.

I am ultimately happy for Coach Flus and the lessons he brings to the game, as well as the correlation to life. He’ll be amazing. Love
⚡️ https://t.co/HpRk1gfGdH

Eberflus is known around the NFL for his defensive prowess. During his four years with the Colts, his defense was top-10 in scoring in the league three times.

Bringing in a defensive-minded head coach when you are working with a second-year quarterback is an interesting decision. Justin Fields’ development as a quarterback will ultimately be the factor of whether or not the Bears make the leap of becoming a successful team or not.

It will be interesting to monitor who Poles and Eberflus will bring in to be the offensive coordinator for this team. That hire could end up looming large for the future of the Bears and Fields going forward.