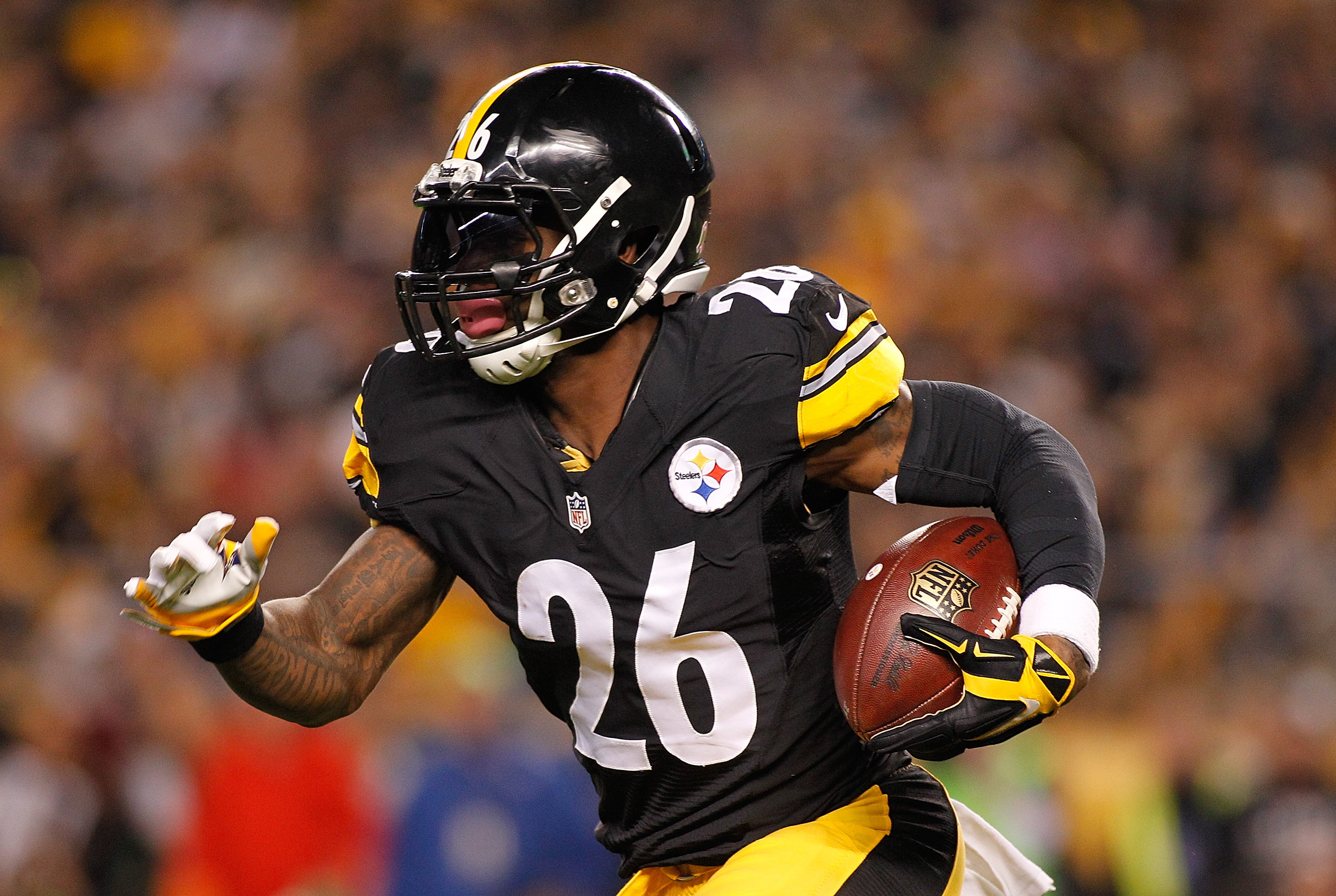 Although the Pittsburgh Steelers will kick off their third consecutive trip to the postseason on Sunday against the Miami Dolphins, the organization holds a much higher standard of excellence than just one playoff victory over the previous two campaigns. Since the first Super Bowl was played in the 1966-67 season, the Steelers own the most championships (six) in NFL history.

In their last three playoff games, the Steelers relied on an underwhelming assortment of tailbacks: Josh Harris, Ben Tate, Fitzgerald Toussaint and Jordan Todman. With little help in the backfield, quarterback Ben Roethlisberger was forced to throw too much, highlighted by his 45 attempts in a 30-17 loss to the Baltimore Ravens in the 2015 wild-card round.

On top of that, the two-time Super Bowl winner somehow played through a sprained AC joint and torn ligaments in his throwing shoulder during the 2016 AFC Divisional Playoff game versus the Denver Broncos, nearly squeaking out a win despite a substandard rushing attack. He was even without five-time Pro Bowl wide receiver Antonio Brown, who missed the contest with a concussion.

Le'Veon Bell is such a beast pic.twitter.com/A6OG5XXg1s

Enter Le’Veon Bell. The fourth-year running back dealt with knee injuries in each of the past three seasons, putting him on the bench in January. Yet following a three-game suspension for violating the league’s substance abuse policy to begin this season, Bell shined in his remaining 12 games, racking up the fifth-most rushing yards (1,268) in the league.

In addition, Bell racked up nine total touchdowns, along with a stout 4.9 yards per carry (tied for seventh in the NFL). Those numbers don’t him enough justice, though, as the Ohio native possesses the keys to Pittsburgh’s Super Bowl hopes.

Once the 6-foot-1, 225-pounder returned from his suspension, he was one of the most effective rushers in the league, tying for third in Football Outsiders’ success rate (56 percent), which tallies his percentage of positive plays on the ground. His patience certainly boosted his value. Against the Buffalo Bills in Week 14, Bell ended up breaking the Steelers’ single-game rushing mark with 298 yards, demonstrating his ability to let his blocks set up before weaving through traffic.

Additionally, he ranked third in the NFL in yards from scrimmage (1,884), playing in four fewer contests than Cardinals running back David Johnson, who sat in first-place. If Bell suited up for a full 16-game slate, he was on pace to account for 2,512 yards from scrimmage. While there’s no guarantee a suspension-less Bell generates that total, it would’ve placed him No. 1 all-time in front of Chris Johnson’s monstrous campaign (2,509 yards) in 2009.

What separates Bell from other dangerous playmakers is his receiving prowess. Beyond his 616 yards through the air, the Michigan State product also tied for No. 58 in the league in targets (94), two behind Dallas Cowboys wideout Dez Bryant. Versus the Baltimore Ravens in Week 16, Roethlisberger’s eyes didn’t look towards him often, as he accumulated a mere three catches for 15 yards. Nevertheless, one of those went for a seven-yard score to hand Pittsburgh the lead, aiding his team’s push for the AFC North title.

Prior to the touchdown, Bell not only sifted through the Ravens’ defense to locate space for the reception, but he displayed a phenomenally quick cutback in order to find an open lane into the end zone, too. Without it, he’d most likely run into the waiting arms of linebacker Zachary Orr.

Considering Pittsburgh squares off against the aforementioned Dolphins in the wild-card round, Bell should discover plenty of holes in his first-ever playoff appearance. Defensive coordinator Vance Joseph’s unit positioned itself at a lowly No. 30 in the league in rushing yards allowed per game (140.4). If the Steelers defeat Miami, they would go onto face the No. 2-seeded Kansas City Chiefs, who rank No. 26 in the aforementioned category, yielding a generous 121.1 yards to opposing tailbacks.

In the regular season, Bell had success versus both teams. Overall, he combined to average a stout 143 total yards in each matchup.

Were the Steelers to advance to the AFC Championship game, they should expect the No. 1-seeded New England Patriots to stand on the other side of the field. Despite New England showcasing its highly regarded run defense throughout the season, (tied for third, 88.6 ypg), the MVP candidate still collected 149 total yards in their regular season meeting. Furthermore, Roethlisberger sat out the contest after undergoing surgery on his torn meniscus earlier that week, so Bell will have much less attention surrounding him provided the matchup occurs.

Even though the NFC boasts numerous contenders like the Dallas Cowboys, Atlanta Falcons and New York Giants, Bell has proven the opposition won’t determine his output. Unless he suffers another devastating injury, he’s set to steer the franchise towards another Lombardi Trophy.