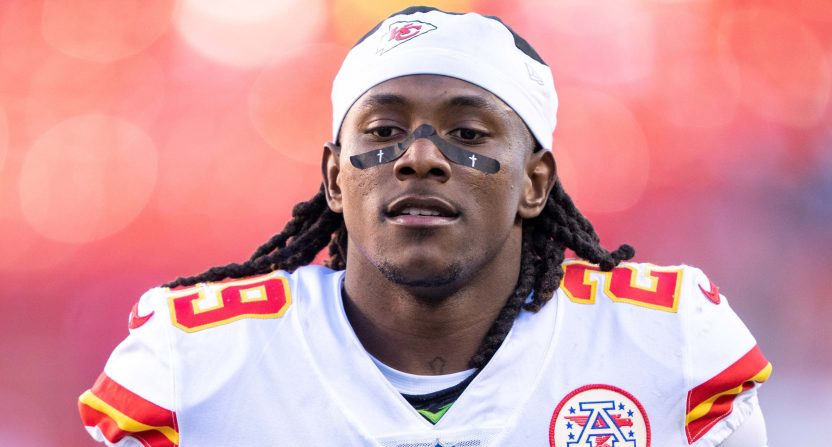 The Cincinnati Bengals did a tricky transaction on Tuesday, claiming cornerback Chris Lammons off waivers Tuesday after he was cut by the Kansas City Chiefs, who they’ll play on Sunday in the AFC Championship Game to determine who will play in Super Bowl LVII.

The move is deferred until after the Super Bowl on Feb. 13, so Lammons won’t be able to suit up for the Bengals on Sunday. However, the move does make it impossible for KC to re-sign him to their practice squad in the interim.

Presumably, the Chiefs waived Lammons on Monday in order to make room on their roster for tight end Jody Fortson or running back Clyde Edwards-Helaire, both of whom could return from injury. The Chiefs were probably hoping that Lammons would not be claimed on waivers and they’ll be able to just add him back to their practice squad. Because the rules allow for practice squad players to be elevated an unlimited number of times during the postseason, the Chiefs could have then added him back to their roster on Sunday or the Super Bowl if they make it.

Kansas City still has wide receiver Marcus Kemp on their practice squad and he is likely to be elevated to the active roster on Sunday instead.

Will this move pay off for the Bengals? The impact may be minimal, but it certainly sends a message before Sunday.