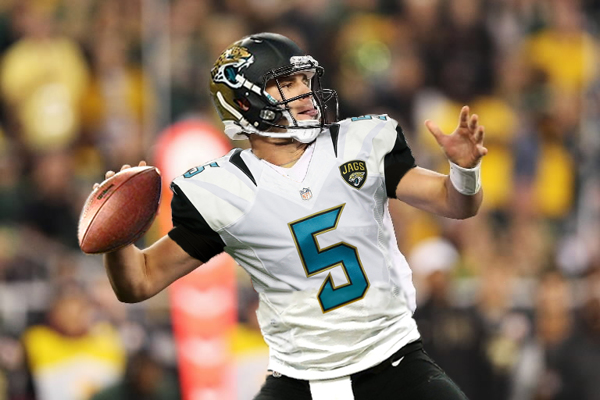 Following up on the efforts of Buffalo Bills fans, fans of the Cincinnati Bengals are coming together to donate to a worthy cause after the Jacksonville Jaguars eliminated their rival Pittsburgh Steelers from the NFL playoffs over the weekend.

The movement appears to have been kickstarted by Cincinnati sports radio personality Mo Egger of ESPN 1530 in Cincinnati. Egger shared the information for the Blake Bortles Foundation shortly after the Jaguars finished off their AFC Divisional Round victory in Pittsburgh and advanced to the AFC Championship Game against the New England Patriots.

Blake Bortles has a charity.

I think we need to pay it forward.https://t.co/vqffBfWYSG

According to a report from First Coast News, more than 100 Bengals fans have submitted donations for roughly $5,000 to the Blake Bortles Foundation. Now that the word is spreading, more donations are likely to come in to drive up that number. And don’t bother comparing this to what the Bills fans did for Andy Dalton’s foundation because when it comes to charity, every dollar matters and there is no competition.

As expected, some Bengals fans are even having a little fun with their donations to both support a worthy cause and vent their frustrations with their hometown team.

After the Bengals upset the Baltimore Ravens in the final game of the regular season to allow the Buffalo Bills to wiggle into the AFC playoff field’s final spot, Bills fans rallied to show their appreciation to Bengals quarterback Andy Dalton’s heroics by donating to his foundation. Last we heard, Dalton’s foundation received over $350,000 in donations from at least 15,000 donors, many of which were Bills fans.

The NFL may have had its share of critics this past season, but this is yet another example of how much good can be achieved through the human spirit as influenced by the game itself. From J.J. Watt’s monstrous fundraising effort for hurricane victims in and around Houston, to the Bills donating to Andy Dalton’s Foundation, and now Bengals fans continuing to pay it forward, the NFL and their fans have done a tremendous amount of goodwill this season.

If the Jaguars go on to upset the Patriots, will we see fans of the New York Jets join in the cause to support the Blake Bortles Foundation?