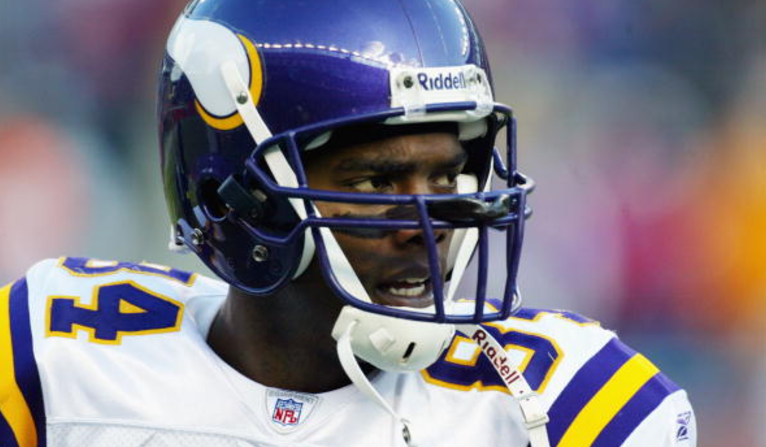 After 17 long and grueling seasons in the NFL, New England Patriots quarterback Tom Brady finally accomplished something that many kids dream of when tossing around the football in their backyard. Brady has been given the illustrious honor by EA Sports of gracing the cover of the upcoming Madden NFL 18 video game.

It is actually quite surprising that it has taken this long for EA Sports to choose Brady for the cover since he has been dominating in the NFL for more than a decade. If not for this year, the Patriots’ quarterback would still be among some of the best players in the league to never be featured on a Madden cover.

So with Brady now taken off the board, who actually are some of the best NFL players to never have their face plastered on the cover of Madden?

Two Super Bowl wins, five NFL MVP trophies, 14 Pro Bowls, numerous league passing records, and no Madden cover. In the seasons that came directly after being named the league’s MVP, Michael Vick, Ray Lewis, Troy Polamalu, Larry Fitzgerald, Drew Brees, and Richard Sherman were all chosen over Manning to be on the cover of Madden.

Instead of being on the front of the world’s most popular football video game, the quarterback had to settle for the covers of NFL Fever 2002, NFL Fever 2003, and NFL Fever 2004.

Moss is an easy choice when it comes to people naming their favorite player to throw the ball to in the Madden franchise. Just call a go route, chuck the ball up in the air, and the virtual Randy Moss was likely to come down with the catch.

Despite this and his video game-like highlights on the actual football field, Moss was never on the cover of Madden. The closest he got was when he graced the front of Sega’s NFL 2K, NFL 2K1 and NFL 2K2.

Looking back on Owens’ career, the wide receiver seems like he would have been a perfect choice to be a Madden cover boy. But for whatever reason, EA Sports never gave Owens the call.

He did appear on the covers of ESPN NFL 2K5 and NFL Blitz Pro during his NFL career. But are either of those video game franchises still around like Madden is today?

Holmes was a touchdown machine during the prime of his NFL career with the Kansas City Chiefs. In 2002, the running back was named the league’s Offensive Player of Year after he led the NFL with 2,287 yards from scrimmage and 24 touchdowns.

He followed that season up with a total of 27 touchdowns in 2003. But despite his offensive dominance, Holmes and his bright red cleats were never featured on the cover of Madden.

Speaking of touchdowns, Tomlinson was no stranger to the end zone during the best years of his career with the San Diego Chargers. In the 2006 season, he set the NFL’s all-time record with an astounding total of 31 touchdowns.

EA Sports actually tried to get the running back on the cover of Madden in 2007, but he politely declined. It might have had something to do with the website some Chargers fans made to keep Tomlinson from the front of the game and avoid the dreaded Madden curse.

Maybe EA Sports thought he would be easy to convince since he was already on the cover of NFL GameDay 2004.

Defensive players have not been part of the majority when it comes to being on the Madden cover (only three since 2000), but two of them have been defensive backs (Polamalu and Sherman).

During his time with the Baltimore Ravens, Reed always seemed to find the ball in his hands despite the fact that he played defense. From 2002 to 2012, the safety scored a total of 13 touchdowns, seven of which were scored after he intercepted the opposing quarterback’s pass.

Perhaps his playmaking abilities on the field were overshadowed by his polarizing teammate, Ray Lewis, who was featured on the cover of Madden in 2004.

During Peppers’ first handful of NFL seasons with the Carolina Panthers, he was one of the most dominant defensive ends in the league. From 2002 to 2009, Peppers accounted for 81 sacks, 381 total tackles, and 30 forced fumbles.

He continued to have success after leaving Carolina for the Chicago Bears in 2010. However, none of his accomplishments on the field were apparently enough to land him on a Madden cover.

Since he missed most of last season due to injury, the NFL was kind of quiet in 2016 without the presence of the beast known as Houston Texans defensive lineman J.J. Watt. Before last year, Watt was coming off a four-season stretch that saw him average 17 sacks per year.

The defensive lineman has only played six seasons in the league, so there is no reason to think that he will never be featured on a Madden cover. But for now, he will just have to stick to endorsing pizza with Papa John and Peyton Manning.

Since his NFL career came to a close in 2007, Strahan has remained a very prominent public figure. From being an NFL analyst on Fox to hosting game shows and talk shows, the former Giants defensive end’s popularity may have actually increased since his time in the league ended.

As successful as he now is off the field, it was Strahan’s on-the-field accomplishments that led to his opportunities in his life after football. The defensive end still holds the NFL’s all-time record for sacks in a season when he finished with 22.5 in 2001.

But the closest Strahan’s face ever got to being on a Madden cover was in 2013 when he made it to the third round in the Old School bracket for the Madden 25 cover vote. His claim to video game fame only happened when he was featured on the front of NFL Blitz 2003.

It is incredibly surprising that Newton has yet to be on a Madden cover, but it also is not like he has not come close either. The Carolina Panthers quarterback has made it all the way to the finals of the Madden cover vote three times (2012, 2014, 2015), only to be told after each final vote that he was not that year’s choice.

This year’s cover was not selected by a fan vote, so perhaps EA Sports is done with that process for selecting who will grace the cover of Madden from this point on? If that ends up being the case, expect Newton to be seen on the front of the video game within the next five years.