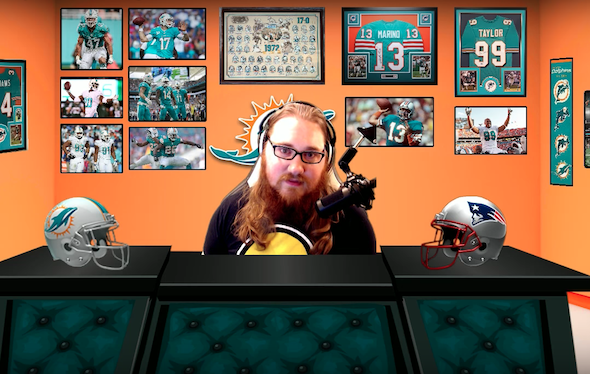 The 2017 NFL regular season is getting closer to the end and the games are getting much more important by the week. With the importance level of each game rising, so does the stress level for NFL fans.

For the fans who felt the need to vent their frustrations (or excitement), that is where YouTube comes in handy. So what were some of the most entertaining YouTube reactions to what happened around the league in Week 12?

Just got off college

As they were trying to stay alive in the playoff hunt, the Detroit Lions needed to get a win in their Thanksgiving Day matchup with the Minnesota Vikings. Unfortunately for the Lions, a victory is not what they got on Thanksgiving this year and this Detroit fan got in his car all bundled up just to let everyone know how angry he was about his team’s loss.

You see that logo? Look at the door

Despite starting the season with a 5-0 record, the Kansas City Chiefs are now sitting at 6-5 after falling to the Buffalo Bills in Week 12. The Chiefs’ recent struggles are causing their fans to get pretty annoyed, including this gentlemen who released some stress by chucking his hat against his front door over and over again.

I haven’t been watching the NFL, however, I heard Crabtree got his chain snatched!

Pretty much everyone heard about the fight this week between Denver Broncos corner Aqib Talib and Oakland Raiders receiver Michael Crabtree. Even those who haven’t been following (or even watching) the league closely this year like this Raiders fan had to see for himself what all the commotion was about.

A year after making a surprising run to the playoffs, it’s been a difficult season for fans of the Miami Dolphins. The Dolphins suffered another loss this week to the New England Patriots and any hope of Miami returning to the postseason this year seems pretty much gone. Luckily for this Dolphins fan, none of his fake memorabilia was ruined during the recording of this reaction video.