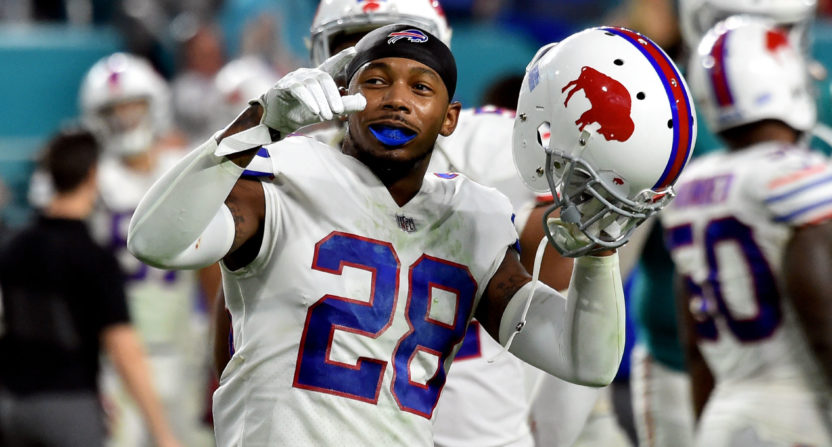 Week 17 of each NFL season is always a bittersweet time for most football fans. It usually delivers some of the year’s most exciting moments with playoff spots and seedings at stake, but it is also is the last time for some fans to watch their favorite team play until next season.

After everything that went down during the final week of the 2017 NFL season, what were some of the best football-related posts made by those who own a Twitter account?

Bengals knock the Ravens out of the playoffs

For their final game of the 2017 regular season, the Cincinnati Bengals did not have much to play for, other than the chance to ruin the season for their AFC North rival, the Baltimore Ravens. All the Ravens had to do on Sunday was get a win and they would be planning for a matchup in the first round of the AFC playoffs.

However, Cincinnati and quarterback Andy Dalton had other plans.

I pooped my pants when Andy Dalton threw that touchdown pass

2017 is drunk. Andy Dalton leading the Bengals to a 4th quarter touchdown in the final moments of a game. Come on

Thanks to Dalton and the Bengals’ last-second win over Baltimore, something happened on Sunday that has not occurred since Justin Bieber was five-years-old. The Buffalo Bills clinched a playoff berth for the first time since the 1999 season.

A few Bills fans were happy about their team’s accomplishment this week. Just a few.

GET READY FOR THE PLAYOFFS, BILLS FANS

Buffalo bar owners seeing the Bills made the playoffs then realizing the chaos that’s about to go down tonight. pic.twitter.com/lojafhgrvC

Yeah sex is cool, but have you ever witnessed the Buffalo Bills make the playoffs?

Didn’t break the table but screw it the Bills are in the playoffs #GoBills ?????? pic.twitter.com/9BLh1wqvbI

Bills plane now at airport with fans braving cold to greet them. Historic WNY moment for many after 17 year no playoff gap @WGRZ pic.twitter.com/CSNyXJdZb7

Eagles punter forgets to take his sweatpants off

It was a little chilly on Sunday as the Philadelphia Eagles hosted the Dallas Cowboys — around 20 degrees, to be more precise. As some players do when the weather is cold, Eagles punter Donnie Jones was wearing sweatpants during the game to keep warm. The only problem was, he forgot to take them off when it was his turn to head out onto the field.

The Eagles punter is putting on a show ? pic.twitter.com/1I6f8WGLMo

#Eagles Replay of Donnie Jones before his last punt: pic.twitter.com/Hkou6jEkB5

Highlight of this game so far, Donnie Jones taking off his pants (that totally didn’t come out right) #Eagles #FlyEaglesFly pic.twitter.com/sdQ6eUfRUH

The 2017 season has definitely not been one to remember for the Cleveland Browns. Not once did the Browns have more points than their opponent after four quarters this year. And despite not having a single win, Cleveland head coach Hue Jackson is still expected to keep his job.

The Browns have done it.

Corey Coleman drops a pass which consigns the Browns to 0-16. Deshone Kizer says “You’ve gotta be f—–g kidding me”, which might as well be the official name of the 30 for 30 on the Browns now

*alien spacecraft crashes off the shores of Lake Erie. alien emerges to find Hue Jackson drying himself off*
“what are you doing, human?”
“I jumped into the lake because I went 0-16 as the coach of the Browns.”
“I’m sorry for the loss of your job.”
“Oh I wasn’t fired.”
*scene*