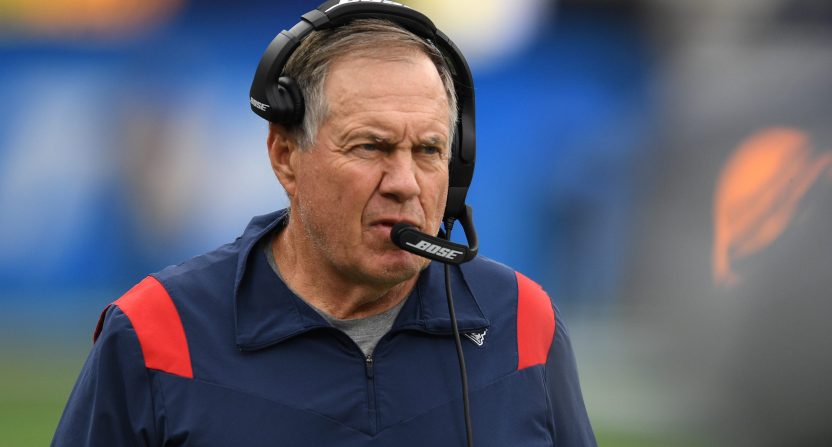 After all these years, New England Patriots coach Bill Belichick is still in rare form when it comes to dealing with the media.

In typical Belichick fashion, he completely sidestepped the question.

Bill Belichick REALLY opens up here about The Dolphins tampering with his starting QB in 2019 pic.twitter.com/XSs6xNExum

“Yeah I’m not really worried about that,” Belichick said Wednesday when reporters asked about the situation at Patriots training camp. “We’re just trying to have a good training camp.”

The questions that Belichick dodged stem from the NFL’s decision to lay the hammer down on the Dolphins for communication they had with Brady while he was still in New England in 2019 and when he was with the Tampa Bay Buccaneers in 2021. Miami was also punished for conversations with former New Orleans Saints coach Sean Payton.

As a result, Miami lost a first-round pick in 2023 with the league also suspending owner Stephen Ross for the first six weeks of the 2022 season as well as hitting him with a $1.5 million fine on Tuesday.

As for Belichick, this isn’t the first — or the last time that he will refuse to answer questions from the media, especially when it involves scandals or controversies — and the Dolphins-Brady tampering investigation certainly can be categorized as both.