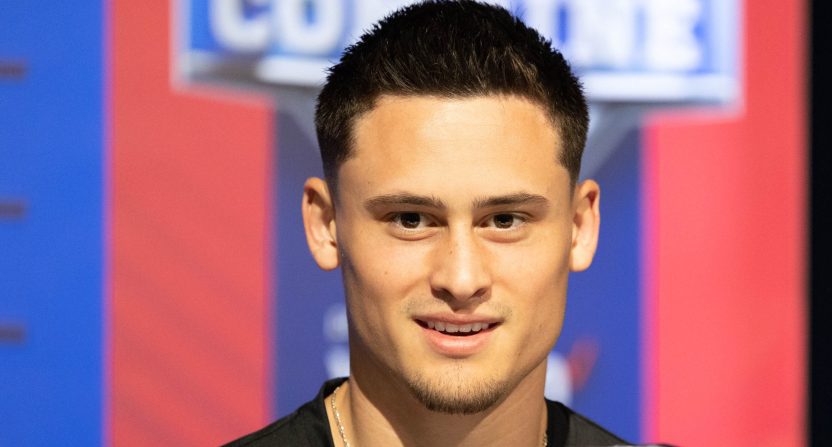 Thursday, a civil lawsuit was filed that accused two current San Diego State football players and former player Matt Araiza, currently a punter with the Buffalo Bills, of gang-raping a 17-year-old girl at an off-campus party in 2021.

The story contains horrific details of an assault that allegedly began when an intoxicated teenage girl approached Ariaza at a party. The punter also reportedly confirmed that he had sex with the girl in a recorded phone call that took place during the police investigation.

Araiza, who was a sensation on the field for the Aztecs, earning the nickname “Punt God” for his booming kicks, entered the 2022 NFL Draft where he was selected in the sixth round by the Bills. He continued to make a name for himself in the preseason with his kicks and is currently set to make the roster.

The team released a statement on Thursday, saying that they were conducting a review of the situation.

“We were recently made aware of a civil complaint involving Matt from October 2021,” read the statement. “Due to the serious nature of the complaint, we conducted a thorough examination of this matter. As this is an ongoing civil case, we will have no other comment at this point.”

While reports trickled out on Friday that it was unlikely the NFL would be able to punish Araiza in any way for something that happened before he was drafted, many have wondered if the Bills would remove Araiza from their roster for the time being or even cut him outright.

For the moment, it appears that Buffalo will keep Araiza off the field for Friday evening’s preseason game against the Carolina Panthers. While ESPN’s Adam Schefter reported that he would not be punting, The Athletic’s Tim Graham reported that Araiza would not play at all.

I'll go a step further and report Matt Araiza won't play at all, source with direct knowledge informs me. No hold. No dress. https://t.co/HQSVhft2dV

That said, Charlotte sports reporter Mike Lacett later reported that Ariaza was at the stadium and that sources told him he would play.

Bills punter Matt Araiza is here. Came in on the third bus and just walked into the locker room. Not sure if he’ll play but sources indicate he will pic.twitter.com/3egFKQoxL5

It does seem unlikely that Buffalo would want Araiza out there in their uniform a day after being credibly accused of raping a 17-year-old, but we’ll see soon enough how they intend to handle the situation.