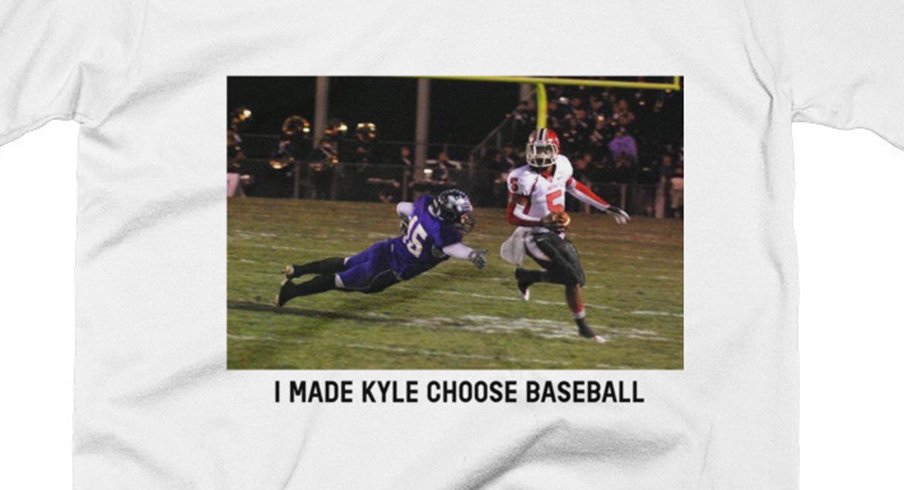 The Cleveland Indians are up 2-1 heading into Game 4 against the Chicago Cubs. While that has to sting most Cubs players, the biggest burn of all may have come from Braxton Miller on Kyle Schwarber.

Schwarber back in high school played football for Middletown High School in the Cincinnati area. One of his opponents was Huber Heights Wayne, where Braxton Miller was the quarterback. Miller, who went on to star at Ohio State, couldn’t be stopped, and not even Schwarber could take him down.

Photo of Kyle Schwarber in high school trying to tackle Braxton Miller. I caption it "The day he chose baseball". #Cubs pic.twitter.com/dCHOaru2bZ

Poor Schwarber. In reality though, there are no losers here. Miller is on the Houston Texans trying to be a starting wide receiver in the NFL, and Schwarber is playing in the World Series. That doesn’t mean some light hearted jabs shouldn’t be made.

Miller posted on Facebook a photo of a t-shirt depicting Schwarber failing to tackle him. 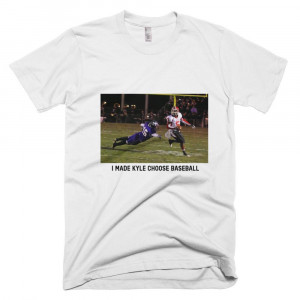 If you want to buy Miller’s t-shirt, you can find them on his web site, here.

I wonder if Miller realizes that only he can wear this shirt around for it to make sense. Either way, the trolling here is A+.